Speaking with Kent Mensah on Asaase radio, Majid called on the ghanaian Government to legalise and commercialise the use of weed in the country. 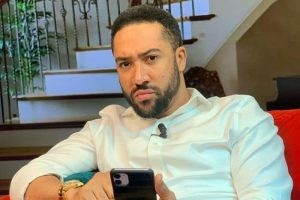 “Ghanaian actor and preacher, Majid Michel has called for marijuana to be legalized.

According to him, weed is a God-made plant and there is nothing wrong with using the substance.

Speaking with Kent Mensah on Asaase radio, Majid called on the ghanaian Government to legalise and commercialise the use of weed in the country.

Recounting how he did hard drugs years ago, the actor stated that he never saw anyone who overdozed on weed.


“I’ve never heard of anybody who has overdosed on weed… I’ve done things out of weed. I’ve done cocaine and LSD (Lysergic acid diethylamide)

“I’ve done other drugs that if I told you right now, you’ll not be able to pronounce. These were years back and I didn’t struggle to overcome it,” he said.

Majid however, advised persons below the age of 25 not to indulge in the use of the herb.

He recommended brewing and drinking weed as compared to the regular style of smoking.

“Maybe because of the smoke… maybe that’s why health-wise, it is advisable for people to brew and drink it because that is not wrong at all. You drink teas, don’t you,”  he said.

Despite his support for the legalization of the substance, Majid Michel urged the ghanaian government to take full responsibility before taking such steps.

“I am for it completely but then again before anything is legalized, the government must make sure that they are ready to take responsibility and must exhaust the consequences that come true with the legalization of ‘weed’ before the decision is made,”

“Before the government decides to pass a law for the legalisation of weed then they must make sure that they have exhausted all possible avenues … by learning from countries who have done it,”

“If the government is not ready to take responsibility for the consequences [for legalising ‘weed’] then it shouldn’t take that decision.” he added.