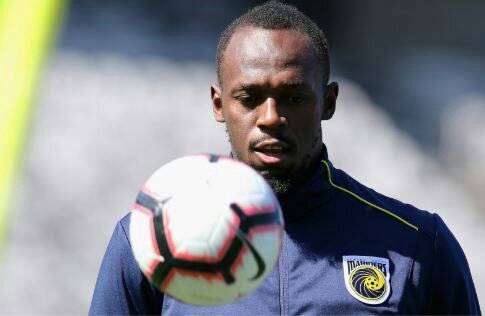 Usain Bolt feels like he is improving as the sprint king tries to fulfil his dream of becoming a professional footballer with the Central Coast Mariners.

Olympic champion Bolt is on trial in Australia, where the 32-year-old former athlete is attempting to earn a contract at A-League side the Mariners.

Bolt made his debut for the Mariners last month and the Jamaican superstar appeared again on Tuesday – playing 45 minutes in a behind-closed-doors friendly against North Shore Mariners.

The Mariners hopeful, who previously spent time training with Bundesliga giants Borussia Dortmund, Mamelodi Sundowns and Stromsgodset, is set for another opportunity to showcase his ability when Central Coast face Macarthur South West United on October 12. 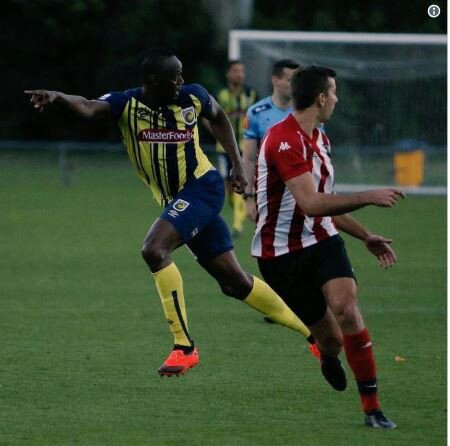 “I’m definitely excited and if I get to start it will be a big thing for me,” Bolt said via the club’s official website. “It would show that the work that I’ve been putting in is really paying off and the coach has confidence in me – so that would be a big step for me.

“Playing 45 minutes for me [against North Shore] was good, in the last 10 minutes I started to get tired but I pushed through and that’s because of training.

“I feel like I’m improving. My touch is getting better, I’ve got a while to go but with more training and more dedication to my craft I will be fine.

“Getting more minutes in games is the aim. I think that’s the aim for any football player, you want to play as much as you can. For me, I am really looking forward to October 12th and like always, going out there and doing my best. Hopefully my best is good enough.

“For me to score, it would be a big thing. The Central Coast Mariners took a chance on me and the best way that I can pay them back is to score goals. If I could score a goal for this club, that would mean I am heading in the right direction and showing the club that their chance in me is paying off.

“It would take a lot of pressure off me, as an attacker it’s something that would be good but for me I am just going to work, push myself and hope everything comes together when it matters.”

Mariners head coach Mike Mulvey added: “Usain is progressing and that’s the main thing. From the outset, we said he needed time, we said we would give him 12 months if need be.

“A reasonable assumption would be that around January we should be judging where he’s at. We’re going to be ramping up our individual sessions with him over the next few weeks, so he will be given every opportunity.”