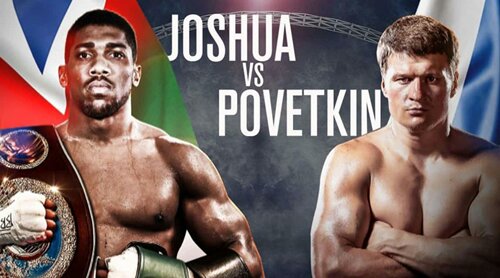 Anthony Joshua says he will simply “roll with the punches” when the first bell rings for his world title fight with Alexander Povetkin at Wembley, SkySports reports.

The unified heavyweight champion acknowledged the huge expectation on his shoulders ahead of Saturday’s fight with Povetkin, in front of a crowd of up to 90,000 at the national stadium, live on Sky Sports Box Office.

A fellow Olympic gold medallist, Povetkin is a former world champion with a daunting record of knockout wins, but Joshua tried to make light of his imposing Russian opponent, insisting he will emerge with a 22nd victory.

“Roll with the punches, what more can I do than give my best. I’ll go out there and find a way to win. I know I have a lot of fire in my belly, that’s just as important as skills.”

Joshua is returning to the scene of last year’s epic win over Wladimir Klitschko, who inflicted the sole defeat on Povetkin’s record in 2013, and believes they will both have to demonstrate their battling spirit once again. 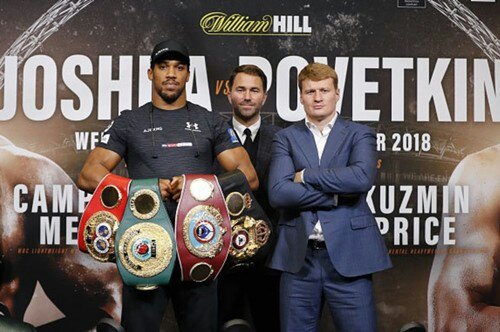 He said: “Skills and technique apart, we both have a big heart and can dig deep. We both showed that against Klitschko. The one who’s toughest will come out victorious.

“He’s one of the lightest heavyweights but that means he has speed. I spar cruiserweights like Lawrence Okolie who is fast and sharp. His strengths? I work alongside people who have the same strengths.”

Povetkin played down the significance of his points loss to Klitschko, and feels he can match the raw power of the British star, who has blasted his way to 20 knockout wins.

“The fight will show everything,” said Povetkin. “Anthony is a very strong fighter but I am just as strong.

“When I fought Klitschko, I was much weaker and in worse shape than I am now. I never try to say anything ahead of time, you’ll see everything on fight night.”

The meeting, which should draw a crowd of around 80,000, will be Joshua’s fourth consecutive stadium fight.

Saturday’s bout will be Joshua’s sixth as a world champion and his 22nd in all. He remains undefeated, while Povetkin – who earned his shot by becoming a mandatory challenger – has 34 wins from 35 bouts, with his only loss coming against Wladimir Klitschko in 2013.