I Will Not Watch The Qatar World Cup, Thousands Of Workers Have Died Building The Stadiums – Premier League Icon, Eric Cantona

I Will Not Watch The Qatar World Cup, Thousands Of Workers Have Died Building The Stadiums – Premier League Icon, Eric Cantona 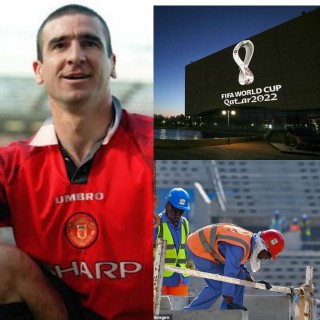 Premier league icon and former Manchester United player, Eric Cantona has revealed he will not watch the 2022 World Cup holding in Qatar this summer

Delivering a crippling assessment of this year’s tournament, Cantona accused Qatar of ‘horrible’ treatment of workers who have built the stadiums and says there is no chance of a legacy in the country. 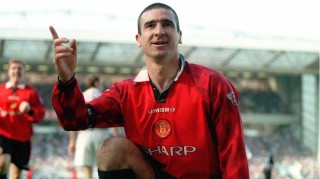 According to Cantona, he knows the world cup is a big business venture but World Cups should be awarded to countries with an opportunity to have a lasting impact and grow football among their population, both male and female, but in Qatar, an Islamic state, Cantona believes there is no potential for football growth. 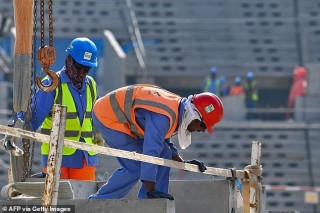 Speaking exclusively to Sportsmail at the Launch of Looking FC, football trips for fans to experience the world and its cities through football communities, Cantona said;

‘To be honest, I don’t really care about the next World Cup, which is not a real World Cup for me. In the last decades, you had a lot of events like the Olympic Games or World Cups in countries that are emerging – like in Russia or China.

‘But Qatar – it’s not the country of football. I’m not against the idea of hosting a World Cup in a country where there is a possibility to develop and promote football, like in South Africa or the United States in the 90’s.

‘Football is the most popular feminine sport in the United States, there is a lot of South American immigration, and a big potential for the sport to develop.

‘In fact, now in the United States, the sport which has the most licensed people is football. But in Qatar, the truth is that there is no such potential. There is nothing. It’s only about money I think.

‘It’s only about money and the way they treated the people who built the stadiums, it’s horrible. And thousands of people died. And yet we will celebrate this World Cup.’
He went on: ‘Personally, I will not watch it. I understand football is a business. But I thought it was the only place where everybody could have a chance.

‘And I still think that young players can grow up in a very poor area – most players come from poor areas. And they become footballers and have a chance to save themselves and save their family which is great. And if you are good, you are good. It’s a meritocracy – if you’re better than the next guy, you will play and it’s fair.

‘So it’s why, maybe, if meritocracy and potential is the essence of football, it’s even more surprising that we can organize a World Cup in Qatar, and people actually voted for that.’

His criticism comes after reports last year that a huge number of migrant workers allegedly died in the Middle Eastern country as they built cities, roads and stadiums out of the desert sand under extreme temperatures.

Relatives of the workers believe their  deaths have resulted from being forced to toil too long under the burning sun without shade, breaks and water in temperatures exceeding 40C for just £8.30 a day.

It is believed FIFA will make more than £3billion from the world cup this summer.