If I Don’t Win Grammy, There Will Be War – Singer, Portable

Nigerian singer, Habeeb Okikiola aka Portable has revealed his intention of winning a Grammy Award soon. 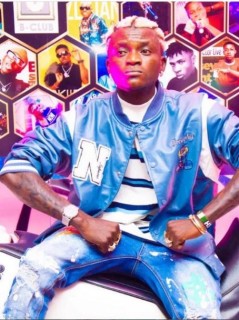 The Zazuu hit-maker in an interview with The Punch said that ‘there will be war’ if he doesn’t win the coveted award.

Portable while speaking on his sudden rise to fame, said that he has always been a child of grace, so his streak of goodluck did not just start.

The native of Ogun state gave a lowdown of his background, saying he was born in Sango Ota, grew up in Mushin Agege, but started his music career in Abuja.

The father of two also alleged that stars are fond of ripping off upcoming artistes in the music industry.

Portable had earlier announced his US tour scheduled to commence May 2022 and end on June 2022.