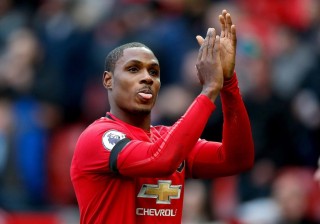 According to Sky Sports (24 December), Ighalo, who currently plays for Saudi Arabia outfit Al Shabab, is one of a number of strikers being considered by Newcastle’s recruitment team this month.

It is said that the former Manchester United and Watford striker would seriously consider a move to St. James’ Park.

Eddie Howe’s side are currently without their top goalscorer Callum Wilson after he suffered an injury in the 1-1 draw against Manchester United last month.

When asked by Football Insider for his assessment of Ighalo’s credentials, Robinson said: “I think he’d be a massive risk.

“He is unreliable and I don’t think Newcastle are in a position where they can take risks.

“Financially, they are in a position where they can go and get a top quality striker who is less of a risk than he is.

“It’s definitely a position they need to address though given that Wilson is out. To stay up they’ll need a striker to be scoring regularly.

“I just don’t think Ighalo is the player they are looking for.”

Ighalo has scored 11 goals in 15 appearances across all competitions this season.

He has 18 months left on his contract with Al Shabab.