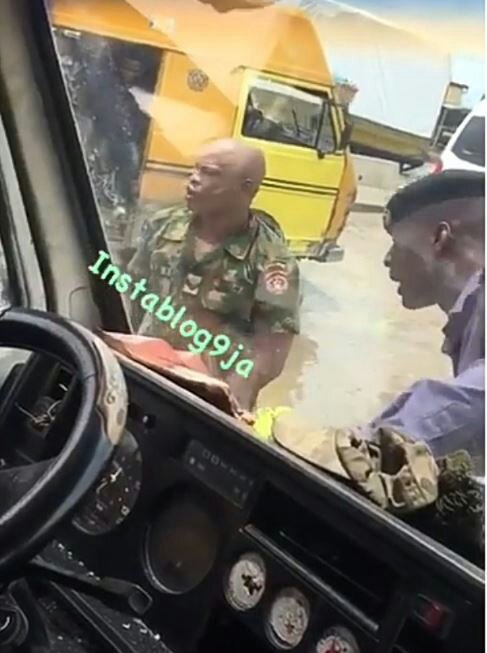 The soldier in question

A commercial bus driver was flogged by a soldier, on Sunday, around Ojo barracks in Lagos, after having his side window shattered by the military officer.

According to a passenger, the driver was assaulted because he overtook the soldier’s car. The soldier came down with his hockey stick and shattered the windows, not minding if anyone would get hurt.

The driver was begging him for something he didn’t even do. He stripped him unclad and beat him black and blue. He told the driver he would kill him and ‘nothing go happen’.

For the women who dared to speak up, the soldier threatened to go fetch female soldiers from the barracks to come beat them up. 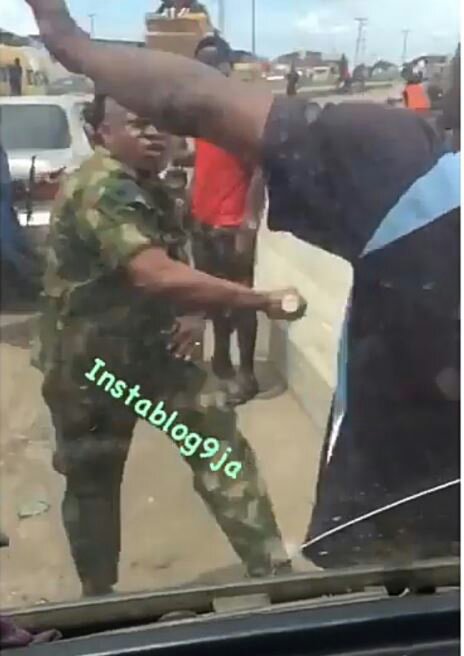 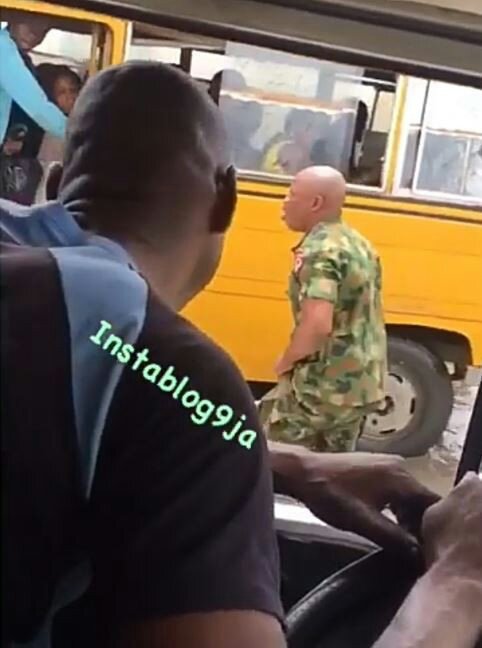 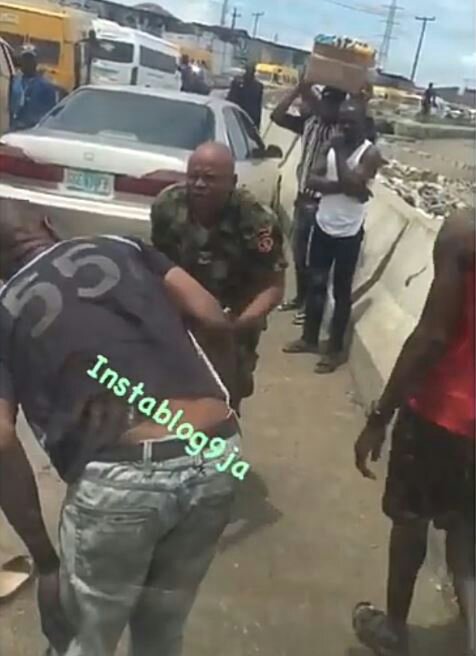 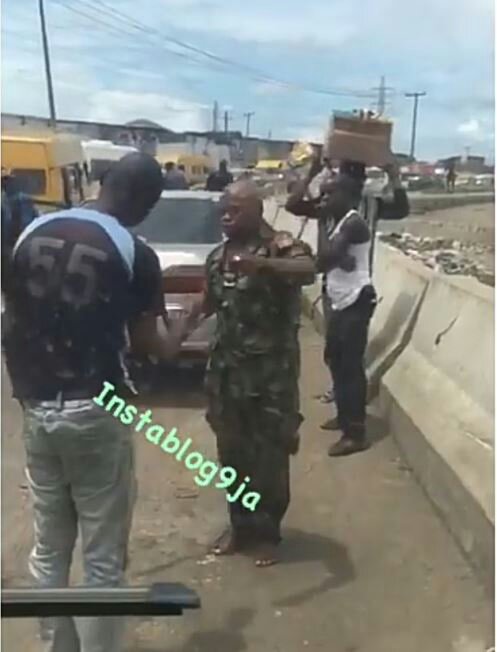 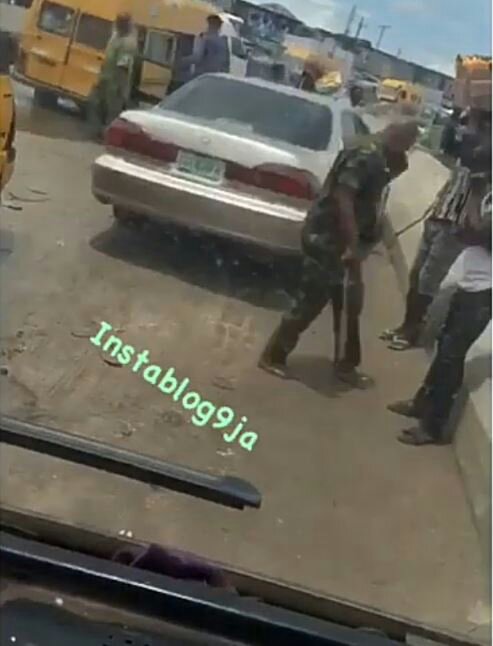