Super Eagles midfielder, Alex Iwobi has revealed that he felt elated scoring the winning penalty in Arsenal’s pre-season game against Chelsea on Wednesday.

Iwobi who was put-on in the 63rd minute, was calm as he scored the final penalty in the International Champions Cup, ICC match that saw Arsenal beat Chelsea 6-5 on penalties after a 1-1 draw at the end of normal playing time.

Antonio Rudiger put Chelsea ahead in the 5th minute through a powerful header from Cesc Fabregas’ corner. With only a few minutes left on the clock, Alexandre Lacazette converted a cross by Reiss Nelson in the 93rd minute pushing the game to extra time.

ALSO READ ICC: Manchester United 2-1 Real Madrid (Match Report, Other Results)
The penalty shoot-out saw all players score until Peter Cech stepped up and saved Chelsea’s Ruben Loftus-Cheek shot, then Iwobi swooped in and won the game for the gunners.

Speaking on how he felt after the game, the 22-year-old took to Instagram and said; “More Minutes Tonight & Happy To Score The Winning Pen ⚽️ Thanks For All Your Support Ireland! #AFC.”

More Minutes Tonight & Happy To Score The Winning Pen�⚽ Thanks For All Your Support Ireland! �� #AFC
A post shared by Alexander Iwobi (@alexanderiwobi) on Aug 1, 2018 at 2:58pm PDT
Iwobi recently agreed on a new five-year contract at Arsenal, moving his wages at the Emirates Stadium to £70,000 a week. 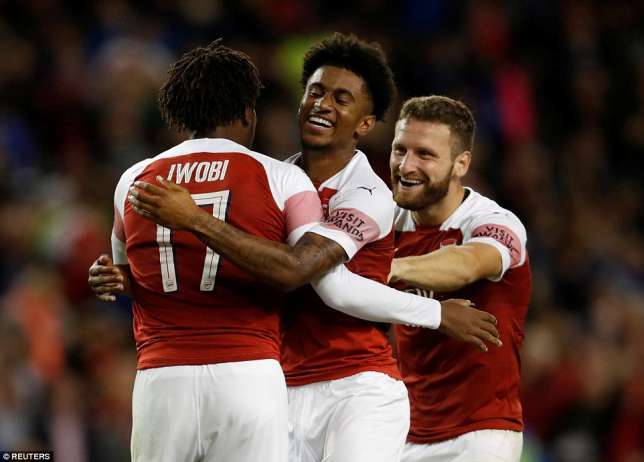