Juventus Vs Sassuolo:- Douglas Costa To Be Fined Over Spitting Incident 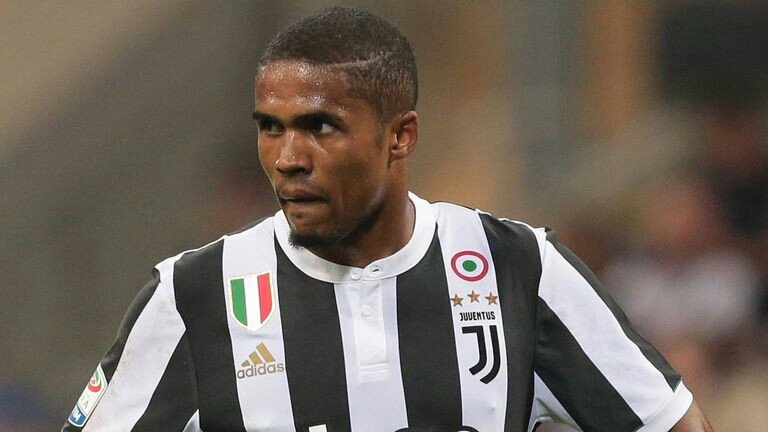 Juventus manager, Massimiliano Allegri, has said winger Douglas Costa faces a fine, after he was sent off for spitting at Sassuolo’s Federico Di Francesco on Sunday.

The incident marred a 2-1 Serie A win, in which Cristiano Ronaldo scored his first goals for the club.

Costa was dismissed for spitting at Di Francesco after a running feud, in which the Brazilian also elbowed and head-butted the Sassuolo player.

“Even if he was fouled, these episodes must not happen,” Allegri told reporters.

“We mustn’t fall for provocation.

“The game was winding down, we had it in the bag and, instead, we stopped playing as a team, everyone wanted to dribble a bit.

“Then the other team gets back into the game, some players get irritated and that sort of thing happens.”

Allegri added: “It’s only right that [Costa] is fined, and he certainly will be … I was surprised by his reaction. We have suffered a goal, a red card and a suspension which will be long.”

Juventus have won their first four Serie A games and will now turn their attention to their first Champions League group-stage game, which will be away against Valencia on Wednesday.