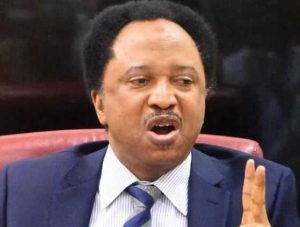 The victims were kidnapped about three months ago when the bloodthirsty men attacked the train and killed several passengers.

Shehu Sani, the Nigerian human rights activist and former governorship aspirant in Kaduna State, says he is interested to join the planned protest being organized for Kaduna-Abuja train attack victims who are currently in captivity.

The victims were kidnapped about three months ago when the bloodthirsty men attacked the train and killed several passengers.

Following the inability of the Federal Government to rescue the victims after 95 days in captivity, relatives of the victims threatened to take over government facilities within the state to demand release of the abductees.

Sani, a former federal lawmaker, who spoke during a private meeting with the family members of the victims in Kaduna, lamented the deteriorating security crisis in the country.

He said, “As long as they remain hostage in hands of terrorists, the people of North-western Nigeria and the whole country will never be free and comfortable.

“What is very clear to every one of us is that the life of every hostage is more important than any price we are going to pay to get them out. There is no price that is too much to get this hostage out of captivity

“The terrorists have made their demands and I believe it is not too much for the federal government to do all that is needed to get this hostage out of captivity.”