The federal and Niger State governments are using a third party to reach out to the bandits who abducted schoolboys and their teachers at the Government Science College Kagara, Daily Trust authoritatively gathered.

The armed men raided the school in the early hours of Wednesday and left with some students, staff and their families.

Governor Sani Bello who addressed the press on Wednesday said 27 students, three staff and 12 members of their families were abducted. The school has a population of over 1,000 students.

One of the students, Benjamin Doma, was gunned down while trying to escape. The abductors reportedly left him behind in the pool of his blood as they shepherded the abducted students and teachers to the bush.

The Kagara abduction was carried out less than three months after the kidnapping of over 300 students at Government Science Secondary School, Kankara in nearby Katsina State.

The students were released few days after amidst allegations that a huge ransom was paid, a claim denied by the federal and Katsina State governments.

Sources familiar with efforts to rescue the kidnapped Kagara victims, who craved for anonymity because of the sensitivity of the issue, confided in our reporter that a decision was reached to use back door channels to secure the release of the abductees.

One of the sources said officials have reached out to some Fulani leaders and repentant bandits who have contacts with the bandits in order to negotiate the release of the victims.

It was learnt that two prominent repentant Fulani bandits from Katsina and Zamfara States have been drafted to reach out to the kidnappers.

“Already some breakthroughs are being made. We were able to establish that the abductors were Fulani boys from one of the camps in Kaduna forests, bordering Niger to the south and Zamfara to the north. We have made contacts already,” one of the sources said.

“But the major snag now is getting them to agree easily because in Kaduna there is no trust between the bandits and the government. But persons with the reach are working on creating an avenue to sit with leaders of the abductors, the elders who can force them into acceding to the request,” he said.

A senior security official said air patrol has been intensified along the borders between Kaduna and Niger State.

“There is vast forest traversing Katsina, Zamfara, Kaduna and Niger States, which makes movement along the corridor very easy for the bandits operating in those states,” he said.

The Principal of the school, Dan Asabe Ebaidu, said on Wednesday that the number of bandits that stormed the school could not be ascertained.

He said that they were dressed in army uniforms and rounded up the students in the hostel.

Ebaidu said he had never witnessed something like this throughout his years as principal.

He said that he managed to escape when the kidnappers stormed the staff quarters, which was why they abducted some members of staff and their families.

He said after raiding the staff quarters, the abductors headed to the students’ hostels.

Ebaidu noted that they were able to gain access into the school easily because it was porous.

Speaking with Daily Trust, another witness said the gunmen gathered some staff and students at a place for hours before moving them out of the school premises.

Some students were said to have escaped while being led to an unknown destination.

One of the abducted staff, simply identified as Batagi, was said to have escaped from his captors.

Some of those still in captivity were identified as Lawal, Ali, Hannatu and her husband, Dodo, and Mohammed Abubakar (Akawu).

Kagara is the headquarters of Rafi Local Government Area in Southern Senatorial district of Niger State. It is about 3 hours’ drive (114.1 km) via Minna – Zungeru Rd and Minna-Maikunlele road.

Sources said the bandits that stormed the Kagara school were those terrorising the Birnin Gwari area of the state.

Niger has been in the news of recent over incessant attacks occasioned by kidnapping and killing. Minna, the state capital is 2 hr 48 min (151.6 km) to Abuja, the Federal Capital Territory (FCT).

We know the abductors – IGP

The Inspector General of Police, Mohammed Adamu, has described what happened in Niger State as a source of concern.

He was among the federal government delegation to Niger State to review the Wednesday’s abduction in Kagara.

The IGP said different strategies were being put in place to address the situation.

“We have restrategised. We are working to ensure that the students are returned unharmed. We are using the same strategy as we used in the past case but it won’t stop us from apprehending those who committed the act. We have deployed our units of mobile policemen to reinforce security in the state. The group that perpetrated the incident, we know the group and we will get the people back unharmed,” he said.

Earlier, the Minister of Information and Culture, Alhaji Lai Muhammed, who led the delegation to Minna, disclosed that they were sent by President Buhari to assure the people and government of Niger State and Nigeria that the administration will ensure the safety of lives and property in the country.

On his part, NSA Monguno said the federal government will deploy everything at its disposal, including reconciliatory measures to ensure the students returned safely. He recalled that within a span of 90 days, Nigeria had recorded two cases of abduction of students.

According to him, “The president is ready to apply whatever it takes to make Nigeria safe and secure. Our response to these incidents would be measured. We will apply the non -kinetic measures but although we are looking at non-kinetic measures does not mean that security won’t carry out their statutory measures, which is to safeguard the security of Nigerians for as long as this government remains in this office, by applying every measure to secure the lives of the people.

“No responsible government will relinquish its sovereignty to bandits, kidnappers, and insurgents. That is not something that the government will apply. There are too many issues involved in our security challenges and there will be series of efforts to resolve them.” 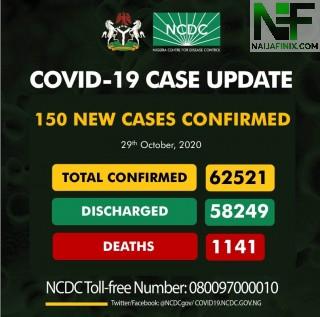 COVID-19 Update For October 29 2020 In Nigeria
Ibadan Building Collapse: Evacuation Underway As Victims Are Been Rescued 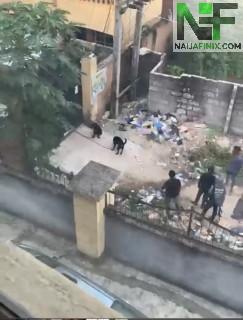 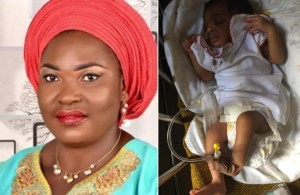 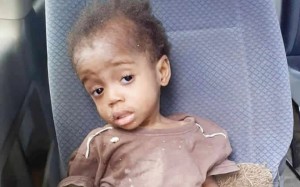