Controversial billionaire rapper, Kanye West has objected to Kim Kardashian getting an order divorcing him and restoring her single status.
He made his objections known to the judge in new legal documents. 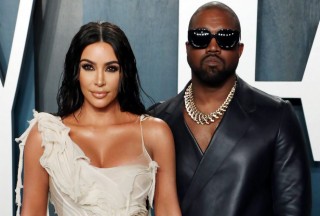 According to court documents obtained by E! News, the billionaire rapper has filed an opposition to his estranged wife’s request for bifurcation, in which she asks the court to declare her legally single as she continues to work on a divorce settlement.

The judge restoring Kim’s single status is scheduled to happen early next month, but now Kanye’s lawyer is objecting.

Kanye’s lawyer appears to be worried that Kim might remarry and move some of their assets to her separate accounts.

According to TMZ, Kanye seems agreeable to Kim becoming single, but only if safeguards are in place so the assets remain as marital property.