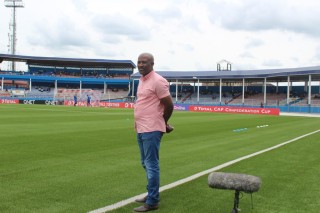 Katsina United technical adviser Usman Abdallah was disappointed to see his side fell to a 1-0 defeat against Gombe United on Sunday.

The Ikon Allah boys hopes of escaping the drop suffered a setback following the result at the Pantami Stadium.

Abdallah, who recently took charge of the team rued his side’s failure to convert some of the scoring opportunities they created in the first half.

“This is about football, and if you keep making mistakes, you get punished when the time comes and it is very unfortunate,”he said after the game.

“I think we have to go back and work on ourselves.”

Katsina United occupy 17th position on the table with 24 points from 23 matches.

They will host Abia Warriors in their next game on Wednesday.