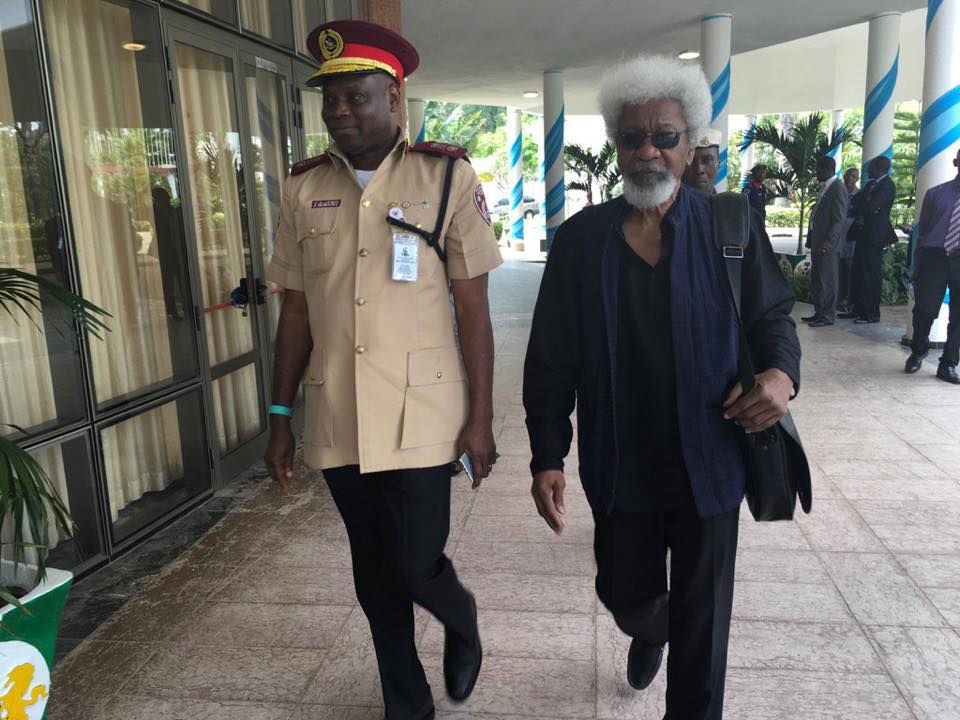 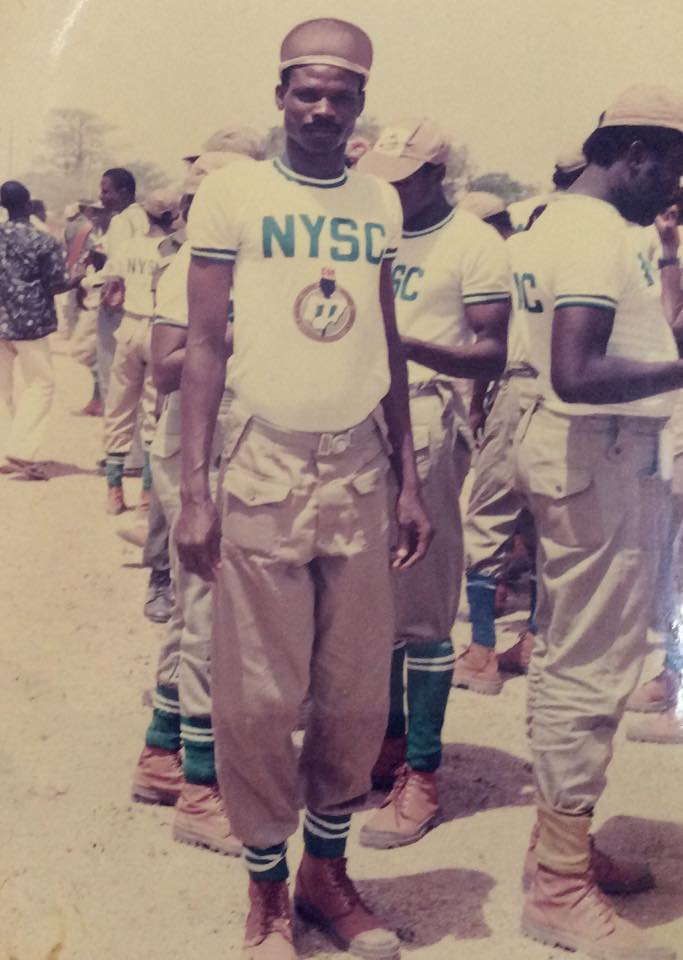 He took to his Facebook page to narrate his story. Read below;

Professor Wole Soyinka actually inspired my passion for road safety. Soyinka is my childhood hero and mentor . An Assistant Director, a woman came to the NYSC Camp in Zaria in 1988, to sensitize Corps members to join a new organization being set up by the Federal Government, the Federal Road Safety Corps.

It was a camp for all the northern states as it was the then batch B with the Southern Camp located in Ede, Osun state. I had been invited for interrogation for certain violations of camp rules as some of us tried to test some of the restrictions.

While waiting for my turn to meet the State Director who was visiting the camp, an agitated woman that sat beside me, loudly complained that she did not have much time as she needed to recruit the corp members and return to Abuja and that she must accomplish the task as “one has to be diligent while doing an assignment involving Wole Soyinka” The mention of Soyinka drew my attention .

Of course the woman did not know why I was in the office, I introduced myself as a Camp Official and offered to help. I was actually a member of the Corp members Camp Management Committee as the Press/Sports Secretary and was popular as a cartoonist. I ended up violating another camp rules as I got the ” biggler ” to summon all corp members to the assembly hall, thinking it was actually a directive from the camp authority. The woman addressed the corp members and distributed the forms to interested members and I also assisted in sorting out the form and got involved in the selection.

The Assistant Director was so impressed about my involvement and so informed the Director. Funnily, when I came in, it was like “what?” Anyway my earlier “sins” were forgiven after scolding me for illegal gathering of corpers.

So, my joining FRSC was divine as I was involved from the beginning. I still joke with some of my colleagues, the Pioneers of the Corps, especially those that came from the NYSC Camp in Zaria, that I recruited them to the Corps.

TODAY, I AM AN ASSISTANT CORPS MARSHAL WITH SWEET-BITTER EXPERIENCES WITH THE MOST CHALLENGING CAREER EXPERIENCE BEING ON 13 JULY 2002 (INCIDENTALLY ON SOYINKA’S BIRTHDAY) WHEN I ALMOST PAID SUPREME SACRIFICE FOR TRYING TO SANITIZE NUMBER PLATE ADMINISTRATION IN LAGOS STATE WHILE I SERVED AS THE STATE SECTOR COMMANDER. I WAS SHOT TWICE IN MY BEDROOM. GLORY BE TO GOD AS I AM ALIVE TO WITNESS THIS MILESTONE. THANKS TO ALL THAT MADE FRSC WHAT IT IS TODAY. WE APPRECIATE THE SUPPORT OF ALL NIGERIANS AND OTHER FRIENDS AND COLLABORATORS OF THE CORPS GLOBALLY. LONG LIVE FRSC, LONG LIVE NIGERIA. SAFE TRIPS TO YOU ALWAYS.