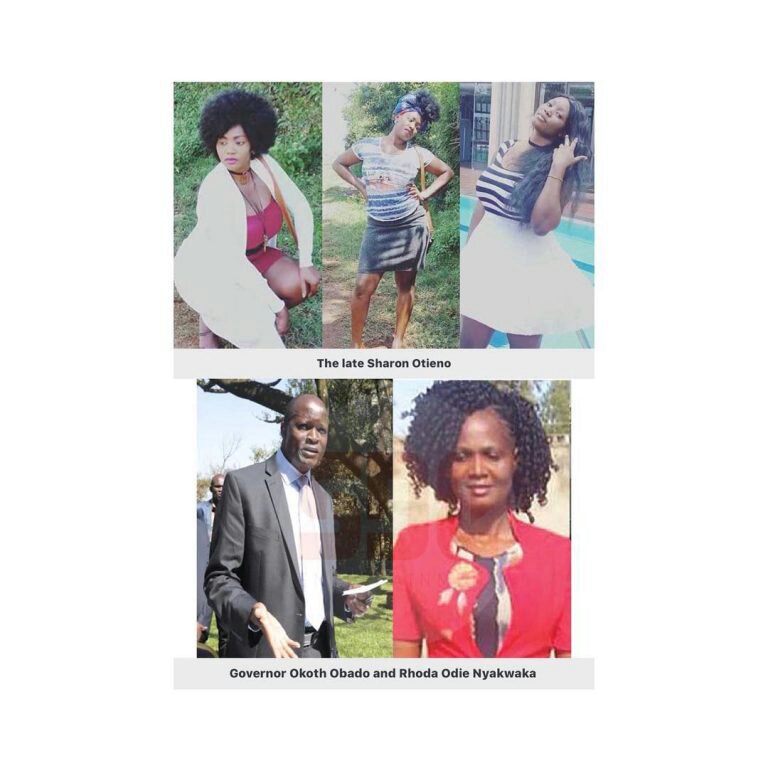 Migori Governor Okoth Obado had a secret love affair with his wife’s sister, The Nairobian is reporting. .

Obado has also been linked with the murder of a university student, Sharon Otieno, after tests confirmed that the unborn baby boy ripped out of Otieno’s womb, was his.

But the drama continues, as it now emerges the governor had a fling with Rhoda Odie Nyakwaka, the stepsister of his wife, Hellen Obado. The First Lady and Rhoda are born of the same father.

The affair allegedly started three years back when the governor employed Rhoda in the catering department. “He even gifted her a house in Nyasare estate within Migori town,” a relative revealed. .

There were allegations Obado even got Rhoda pregnant but the pregnancy was allegedly terminated at the behest of angry relatives who accused her of crossing the blood line. .

Rhoda was relieved of her duties as a cook, in an acrimonious family fallout that left Hellen and Rhoda as bitter enemies. .

Obado has been questioned over the gruesome murder of Otieno, whose body was found in a thicket in Oyugis, a day after being abducted.

The governor recorded a lengthy statement with the police, exonerating himself from the murder, while acknowledging that he had an affair with Sharon.