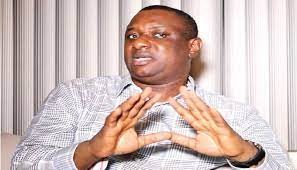 The Minister of State for Labour and Employment, Festus Keyamo, has said the presidential candidate of the Peoples Democratic Party, Atiku Abubakar, and his counterpart in the New Nigeria Peoples Party, Dr Rabiu Kwankwaso, will fail the popularity test in the North ahead of the 2023 elections.

This came as deputy spokesperson of the All Progressives Congress Campaign Organisation, Hannatu Musawa, expressed optimism that the party’s presidential candidate, Bola Tinubu, would benefit immensely from the bloc votes of the incumbent President, Major General Muhammadu Buhari (retd.), in next year’s poll.

The two APC spokespersons spoke in two separate interviews in Abuja on Sunday.

Musawa believed the party’s standard-bearer stands a good chance in the election.

“The bloc votes will work to our advantage. This is because the election will happen before President Buhari leaves. Whatever the case may be, even though he is going to leave next year, it is not going to happen till after the election,” she said.

Meanwhile, Keyamo, a spokesman for the APC Presidential Campaign Council, was also upbeat that his principal would secure bloc votes to win the election.

He said, “I am optimistic that the structures that worked to get us those bloc votes are still with us.”

The Senior Advocate of Nigeria also said both Atiku and Kwankwaso cannot have the kind of acceptability that Buhari enjoys.

“Atiku Abubakar and Rabiu Kwankwaso do not have the popularity, acceptability, street credibility and the kind of integrity that Buhari has that made him a rave in the North,” he said.

Reacting to the Keyamo’s statement, Atiku’s media adviser, Paul Ibe, said if Tinubu hopes to ride on the bloc votes of Buhari, he must equally be prepared to share in the failures of his government in the last seven years.