The influential sister of North Korea’s leader, Kim Jong-un, has said the country’s nuclear forces would “annihilate” the South Korean military if it launched a pre-emptive strike against the regime. 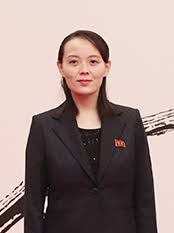 Kim Yo-jong, who holds several senior positions in the government and ruling party, said the North had no intention of starting a second Korean war, but would respond if provoked and leave the South’s military in a state of “total destruction and ruin”.

Her comments after South Korea’s defence minister, Suh Wook, publicly discussed Seoul’s ability to “accurately and quickly hit any target in North Korea” with a range of weapons, as international unease grows over the North’s recent resumption of long-range missile tests. In another statement directed toward Suh on Sunday, she called him a “scum-like guy”.

Kim Yo-jong’s warning, while not unusual in its vivid use of language, points to a rise in tensions on the peninsula after the North last month conducted its first test of an intercontinental ballistic missile for five years, and amid speculation that the regime could be preparing to carry out a nuclear test later this month.

In her second statement in the space of a few days, Kim said Pyongyang opposed war and did not view South Korea as its principal enemy. “In other words, it means that unless the South Korean army takes military action against our state, it will not be regarded as a target,” she said.

“But if South Korea, for any reason – whether or not it is blinded by misjudgment – opts for such military action as ‘preemptive strike’ touted by (Suh Wook), the situation will change. In that case, South Korea itself will become a target.”

The South, she added, could avoid that fate by abandoning its “fantastic daydream” of launching an attack on the North, a nuclear-armed state whose arsenal could include nuclear-capable short-range weapons targeting South Korean conventional forces and 28,500 US troops based in the country.

North Korea has attempted to increase pressure on Seoul just weeks before South Korea’s new president, the conservative Yoon Suk-yeol, replaces the liberal Moon Jae-in, who has little to show for his attempts at rapprochement with Pyongyang.

Moon met Kim Jong-un three times in 2018 and lobbied hard to set up the North Korean leader’s first summit with Donald Trump in June that year.

A second Trump-Kim summit in 2019 ended in failure due to disagreements on sanctions relief, and the Biden administration has shown little interest in reviving denuclearisation talks unless they result in the verifiable dismantling of the North’s nuclear and ballistic missile programmes.

Yoon, who will be sworn in 9 May, has vowed to strengthen the South’s defences against North Korean missile attacks but has not ruled out a return to dialogue with Kim.

Yoon’s foreign policy and security advisers are in the US to discuss an early summit with Joe Biden amid concern in Seoul that the US president’s focus is exclusively on the war in Ukraine.

Some analysts believe the North will continue to increase pressure on Washington in the coming months, possibly by test-flying missiles over Japan or resuming nuclear tests. A major provocation could come on or about 15 April, the 110th anniversary of the birth of North Korea’s founder – and Kim Jong-un’s grandfather – Kim IL-sung.