Lady Narrates Her Scary Experience With An ‘Invisible’ Man In Lagos

A Nigerian lady identified as Peters Jemila Melody has taken to her Instagram page to narrate a rather scary experience she had with a invisible man in Lagos.

According to her, the man had been trailing her from the Island, down to Ogba on the Mainland and when he finally confronted her, she realised she was the only one that could see him and no one else did.

PLEASE READ:
So today was one of the most scariest day of my life, it might be nothing to people that have experienced something like this before, but mehnnnnn I don’t pray to go through it again, so today being Saturday o, I closed from work and decided to live the island a bit earlier than normal cos of the mainland traffic o..

So I took a bike to lekki phase one gate and decided to take a bus going to Obalende, as soon as I was about to enter a strange looking man quickly rushed in too, he had one normal eye and the second one was totally white, but I didn’t suspect anything thinking he was a normal passenger o.

He sat directly at my back, so I noticed we both dropped at the same place, and I was going to take Ogba bus, unfortunately the bus was almost full, just for one person so I like entered and manage the small side seat, so I was trying to call those women that sell drinks and water only for me to turn and saw this same man.

It still didn’t look that weird cos I thought he could be going to ogba too, so right on front of our bus the next turn for ogba bus started loading he entered and inside my mind I was like ” na ogba this man dry go sha”….so we got to ogba and there was maddddd traffic.

I sha came down from the bus and was looking for a bike to take me home, but because of the traffic and all, it was really hard to find a bike, so I just stayed in small dark corner cos I was tired, I just kept on looking for a bike, all of a sudden someone from no where just tapped me on my shoulder..

Lo’ and behold it was the same man I saw at lekki o, my body became cold, I felt like fainting.. My eyes started closing for no reason, the little sense in me made me walk away… And the next thing he said is.. “I have been following you, now look into my eyes” ..i looked at him and I was almost hypnotized…

All I was saying was “Jesus ” then I stepped away again he followed me and asked me to bring my hand, I was just looking at him and I was about to do so, then it felt like someone else touched and I regained myself, that was how I shouted. “leave me alone evil man, am I the only one in the whole of Lagos ” he moved closer and said..

And he said, anything I say you should do Oya do it now.. I just laughed and told him he was a fool and he has failed.. Then right in front of me he beat his chest and all of a sudden he was no where to be found, but I noticed people were looking at me like I was talking to myself, as if they couldn’t see who I was yelling at, that few minutes was scary as hell, and all could think of was why he followed and what he wanted to do with me, cos he obviously didn’t want to steal..

Thank you LORD for saving me… Chaiiii only in Lagos oooo 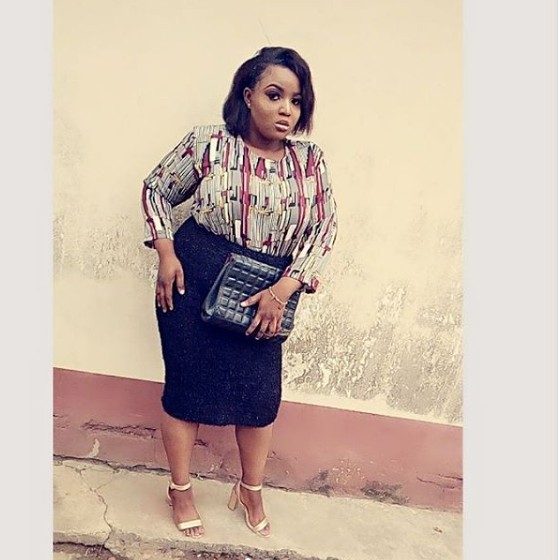 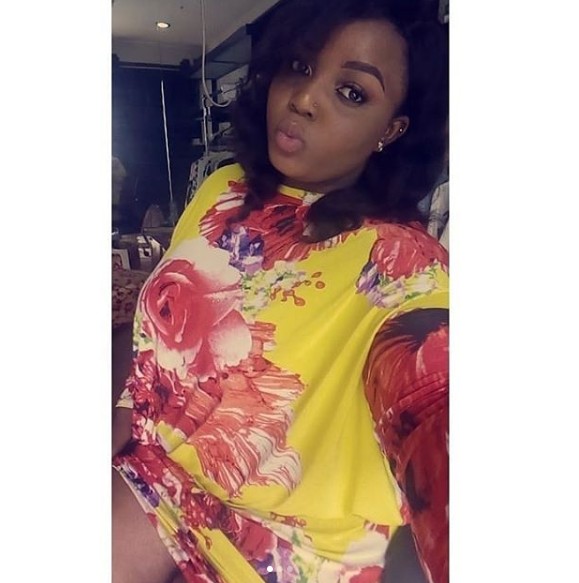 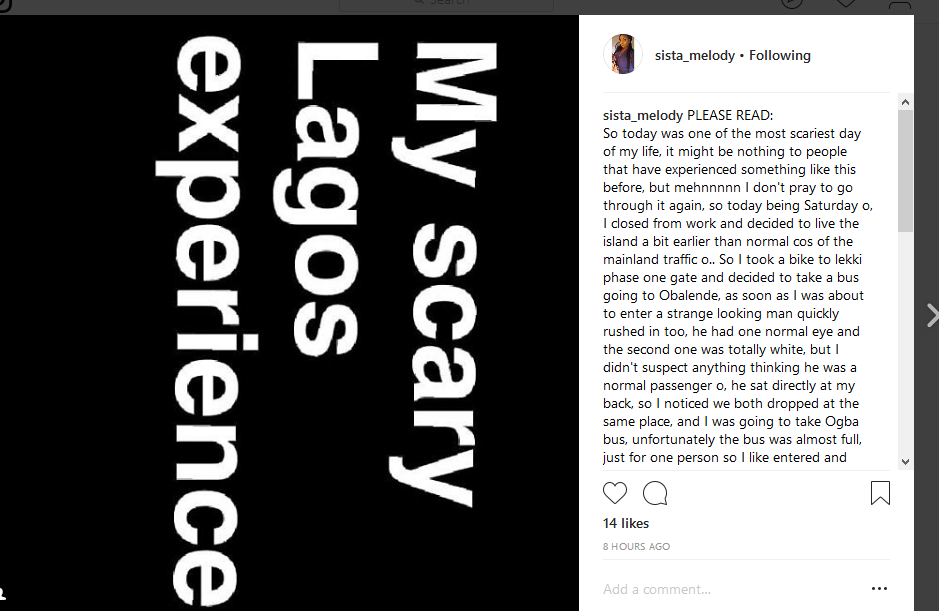