Lalong: I Will Work To Deliver Tinubu 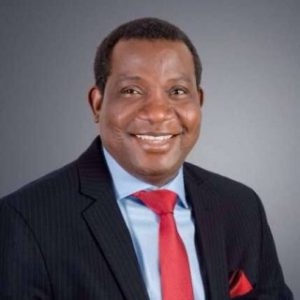 The newly-appointed Director-General of Tinubu Campaign Organisation and Governor of Plateau State, Simon Lalong, has said he would work hard to deliver the presidential candidate of the All Progressives Congress, Asiwaju Bola Tinubu, during the 2023 election.

Lalong spoke on Thursday after arriving Jos from Abuja where he was presented to the President, Major General Muhammadu Buhari (retd.), by the APC National Chairman, Senator Abdullahi Adamu, following his appointment.

A statement by his Director of Press and Public Affairs, Dr Macham Makut, read, “Governor Lalong said his appointment as the DG, Tinubu Campaign Organisation is a clear indication that the APC is well accepted in Plateau State and has the capacity to deliver in the forthcoming elections.

“According to him, the campaign council will work hard to mobilise the party towards canvassing the votes of Nigerians across all lines.

“While answering questions from journalists, the governor said the APC is sure of victory as it will continue to work towards improving the lives of Nigerians.”

Adamu had earlier disclosed Lalong’s appointment to State House correspondents after a meeting with Buhari at the Presidential Villa, Abuja.

He had said, “The DG of the campaign is seated by my right here, Governor Simon Lalong of Plateau State.

“have a spokesperson in the person of Festus Kenyamo. The deputy spokesperson is Hannatu Musawa. This is what we came to discuss with the President.”

Adamu explained that the choice of Lalong was based on his ability to do the work required to ensure victory for the Tinubu-Shettima ticket in next year’s presidential elections.

He described the party’s same faith ticket as a “positive development” for the country’s politics.

“Yes, we have been hearing concerns being expressed. In the APC, we believe very strongly, that no matter what description, no matter what faith you will associate with any one of our candidates, we are first and foremost Nigerians.

“There is no doubt in the fact that we have people who stock trade on some of these religious issues.

“Just like you have people expressing fears, or concerns about a Muslim-Muslim ticket, there are Christians that welcome it as a positive development, in Nigerian politics. They are Nigerians,” he said.