Lithuania Abandons Russian Gas. First European Nation To Do So

Lithuania Abandons Russian Gas. First European Nation To Do So

In pursuit of full energy independence from Russian gas, in response to Russia’s energy blackmail in Europe and the war in Ukraine, Lithuania has completely abandoned Russian gas, the Ministry of Energy said on Saturday[/b] . 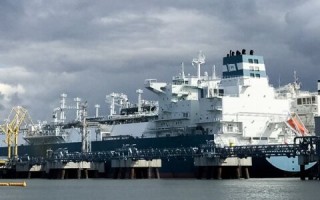 According to her, the Lithuanian gas transmission system has been operating without Russian gas imports since the beginning of this month.

“We are the first European Union country among Gazprom’s supply countries to have secured independence from Russian gas supplies, and this is the result of a long-term consistent energy policy and timely infrastructure decisions,” said Energy Minister Dainius Kreivys.

According to the Lithuanian gas transmission system operator Amber Grid , on Saturday, Russian gas imports to Lithuania’s needs via the Lithuanian-Belarusian connection were equal to 0 MWh.

According to the Ministry of Energy, the entire demand for Lithuanian gas is met through the Klaipėda Liquefied Natural Gas (LNG) terminal.

According to the schedule, three large volumes of liquefied natural gas will reach the terminal every month, which is planned to be enough for all customers.

Gas in transit through Lithuania continues to be transported for the needs of Königsberg, but in a different technical mode than usual, ensuring only the transmission of the amount of gas required for transit.