​Liverpool star Philippe Coutinho was dropped for the Merseyside derby 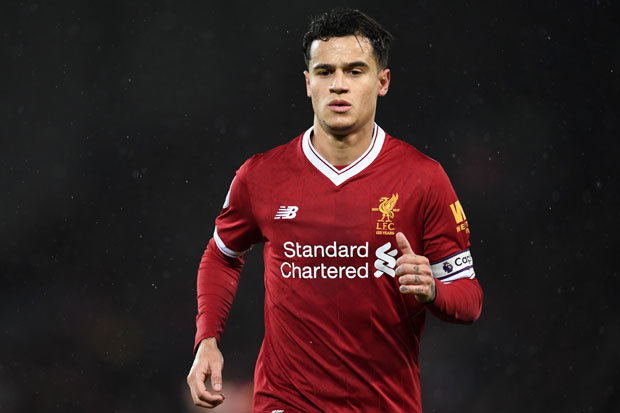 That’s according to Sky Sports pundit Phil Neville.
The German has made a habit of resting his star players in recent weeks, with Philippe Coutinho, Mohamed Salah and Sadio Mane all spending time on the bench.
The Reds are currently on an 11-game unbeaten run and prior to last weekend’s Merseyside derby had scored 15 times in three matches.
Klopp has come under criticism for the use of his squad and was accused of complacency for not picking his strongest team against Everton.
But Neville has defended him, suggesting that he is trying to avoid a repeat of last year, where Liverpool’s players were overworked and slid down the table in the New Year.