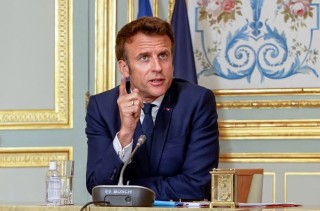 French President Emmanuel Macron was re-elected Sunday, winning 58.2 percent of the vote to far-right challenger Marine Le Pen’s 41.8 percent, according to a projection by pollster Ipsos.

The projected result, issued just after polls closed in the decisive second round of the election, would make Macron the first French president in two decades to win a second term.

Official results are expected later in the evening but the projection means Macron can be confident he has secured another five years in the Elysée Palace.