A Nigerian man on twitter has taken to the platform to state that pre-wedding pictures are haram in Islam. To him, engaging in such is capable of damning one to hell. 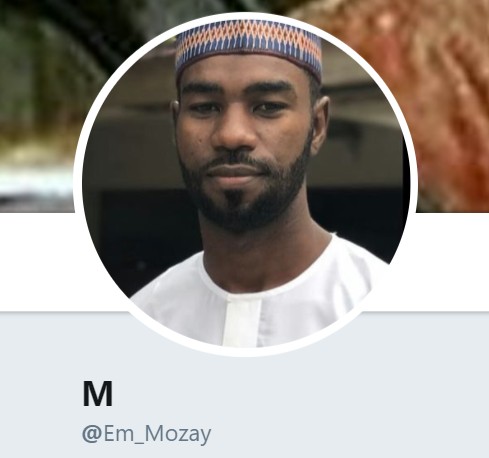 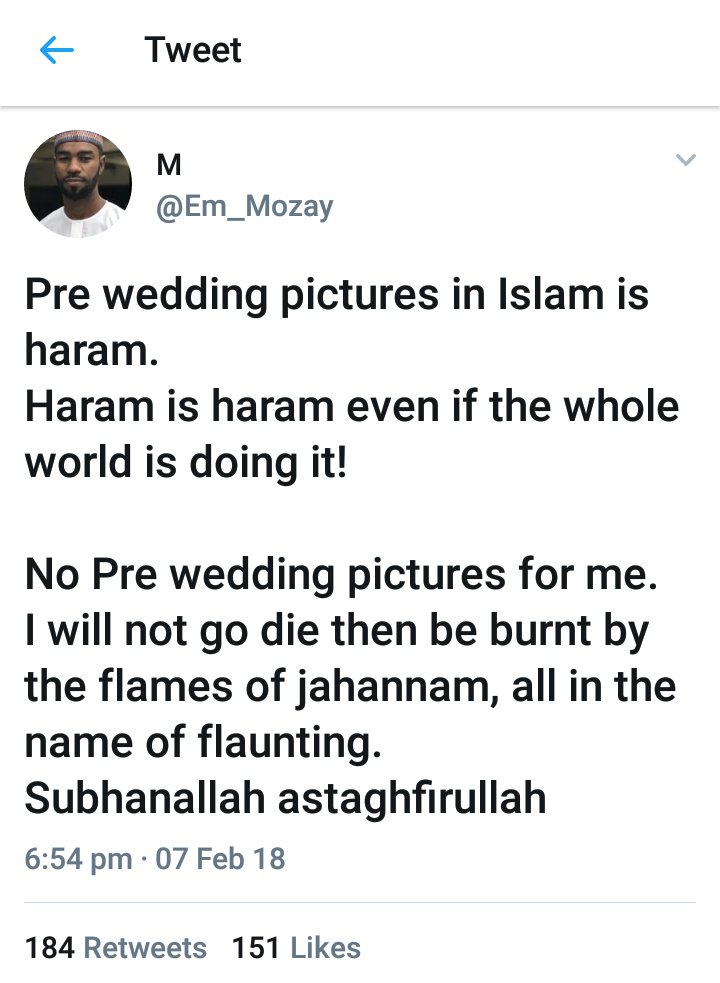 After getting busted, @Em_Mozay quickly tweeted in response. He wrote:

I know who I am, the sins I committed can be forgiven by Allah SWA. & the sins I have committed I am asking Allah for forgiveness. Meanwhile you are a Kuffar