Man In Tears After Being Scammed At Computer Village (Photos) 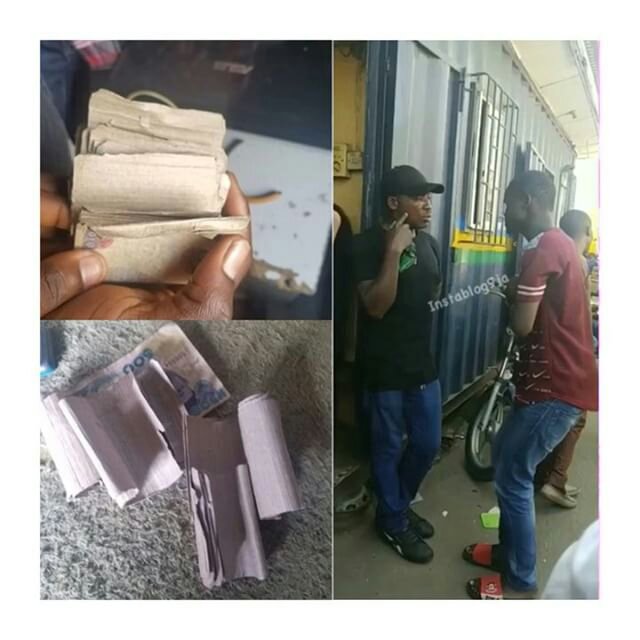 An apprentice was, yesterday, left in tears after he was scammed by a phone seller at Computer Village, Ikeja, Lagos.

According to reports, the victim was trying to exchange his Tecno J7 and N10k for a Tecno Phantom 6 from a street urchin.

However, after the urchin collected the phone and money, his accomplice came out from no where to fight him against effecting the exchange.

The unsuspecting victim was then given back his phone and money, but he later found out his real money had been switched with papers wrapped with a N500 note.