Man Injured After Being Robbed By Armed Men In Army Uniforms In Owerri.

Man Injured After Being Robbed By Armed Men In Army Uniforms In Owerri. 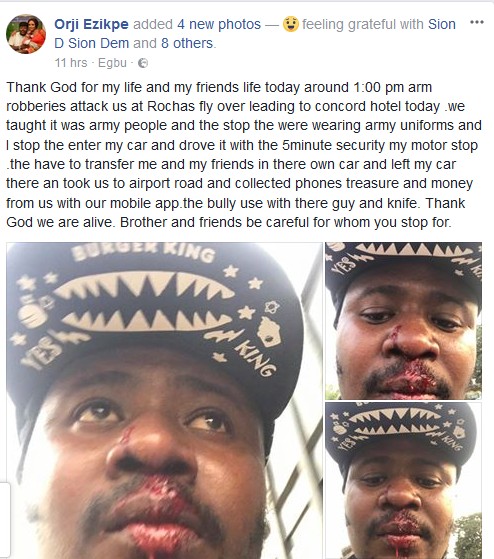 A man is filled with thanks to God for saving him after being attacked by armed robbers yesterday afternoon at Rochas fly over in Owerri, Imo state capital. According to Orji Ezikpe, the armed robbers who wore army uniforms stooped his vehicle as the hoodlums abducted him along with his friend before dispossessing them of their valuables and injuring them in the process.