Man Sentenced To Death For Killing His Girlfriend In Plateau 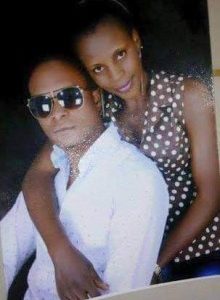 He was found guilty of committing culpable homicide punishable under section 221 of the Penal Code of Northern Nigeria.

The defendant who earlier pleaded guilty was arrested by the Nasarawa Gwom Divisional Police Headquarters, Jos.

The presiding Judge, while passing the judgement said the court relied on three issues including a self-confessional statement of the accused person, an eyewitness account and circumstantial evidence of the witnesses.

According to The Nation, Dele was said to have reached out to Nanchin apparently to settle their differences and invited her out for Valentine. The deceased reportedly declined the invitation.

A Source, close to the duo, said they had been in an intimate relationship for over four years until a misunderstanding set in shortly before the last Valentine day.

However, Nanchin allegedly felt that there was no basis for any relationship between them having parted for some time.

Dele was said to have stormed Nanchin’s apartment the following morning and demanded an explanation as to why she failed to make the outing. He reportedly grabbed her by the neck and strangled her to death after which he left the apartment and reportedly told a neighbour he met outside that he wanted to go and get some medicine for his ‘ill’ friend.

He was said to have given his phone number to the neighbour, a woman, and asked her to call him in case of any emergency.

The woman identified as Mama Joy, perceived something fishy had transpired so she proceeded to Nanchin’s room only to find her lying down on her bed unconscious.

“I called her name but she did not respond so I moved closer and I discovered that she was dead. I ran out, screaming to alert the people around. I was shocked that the boy managed to kill this girl without a gun. There was no blood on her body,” Mama Joy added.

Dele was arrested same day and after some interrogation, he confessed to have committed the crime.