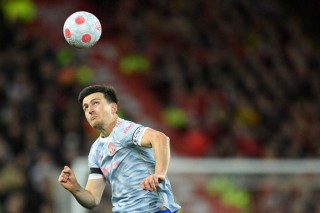 We are appalled to report the appalling news that Manchester United skipper Harry Maguire has received a bomb threat at his house.

According to The Sun, Cheshire police with sniffer dogs have been sent to the mansion where Maguire lives with his fiancée Fern Hawkins and their two young daughters.

It is believed that searches are ongoing after the chilling warning came via email that a bomb would be planted at Maguire’s house.

While there is no denying that Maguire has suffered a terrible run of form this season, you simply cannot excuse this extremely threatening behaviour.

Maguire was recently booed by England fans at Wembley, which sparked an angry reaction from Three Lions boss Gareth Southgate.

Manchester United have today appointed Erik ten Hag as their new permanent manager, so Maguire will be hoping he can hit better form next season under the Dutchman.

This is shocking and I hope they find whoever is responsible – whether a bomb is found or not.