United are not finding it rosy this season both in the domestic league and in the continental stage, leaving Solskjaer under immense pressure.
The Red Devils failed to record a single shot on target during their Europa League group clash against AZ Alkmaar in Netherlands that ended in a barren draw.

The frustrated result saw United fans slate Solskjaer for attack, with many subjecting him to vicious trolls.
The abuse is now said to have forced the Norwegian to delete his account, @olegs26_ole.
Whereas the handle is yet to be verified, it has racked up more than 120,000 followers, including United captain, Ashley Young.

The bio however still have Solskjaer as Molde manager where he previously managed before landing the lucrative Old Trafford job. 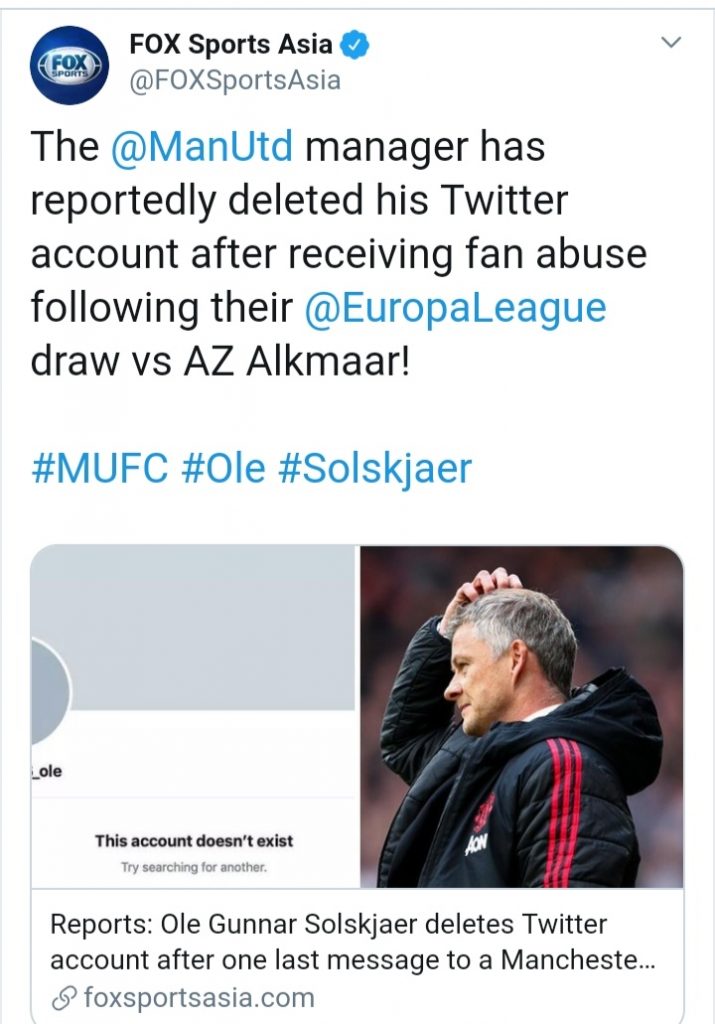