Marriage Is Like A Death Trap, It Has Killed Many Men – Shattawale Says As He Reportedly Breaks Up With Partner

Marriage Is Like A Death Trap, It Has Killed Many Men – Shattawale Says As He Reportedly Breaks Up With Partner 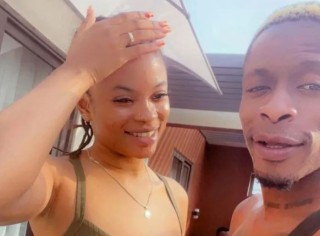 Controversial Ghanaian dancehall artiste, Shatta Wale, has stated that the institution of marriage is a big scam and has led to the demise of many men.

The rapper made his opinion known via his official Snapchat account in a series of posts where he spoke about choosing money over love.

This comes amid reports that his relationship with Elfreda crashed after dating for a few months.

Shatta Wale stated that he wants a woman with ambitions, not the one that will search his phone as if she is a detective.

”I want a woman with future plans no be woman wey go dey search my phone like she be CID. That one dierrr u go go find your crime partner no be me. If you can’t understand this ABCD then find your way,” he said.

The musician added; “Woman wey if you talk 1 she go talk 10 is not a house wife. Be careful sack am quick. Women Dem a problem be like BODMAS, I swear you can’t solve it simple like that.. kudos to those who are married, Dem de try sha”

”Marriage na big scam. Look for money and forget marriage for now. When you re 60 you can marry cuz many married men dey go thru hell but can’t talk. It’s like a death trap, it has killed so many men but not me.”

Also, a source claimed that Shatta and Elfreda broke up during the saga involving his mum and her eviction from her home.