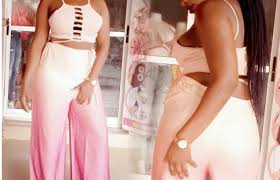 A woman is reportedly regretting why she got married to her current husband who ‘brings nothing but sadness and betrayal’ to their marriage.

According to the woman whose identity is hidden for obvious reason, she would have chosen to become the second wife of a wealthy man when she had the chance years ago.

Below is what was shared online by The Humans of Abuja.

“If I had the opportunity of being a second wife to a wealthy man again, I would jump on it. I had a chance years ago, but I turned the proposal down because I wanted to be the one and only wife of a man. Ask me what that has gotten me now? Absolutely nothing!Love is totally nonsense to me now, suffering and saying you married for love is a whole other level of crazy.

So, I got married to the supposed love of my life and all I got in the marriage was nothing but sadness, cheating, betrayal, coupled with poverty.

I ask myself everyday how did I even make this decision in the first place, getting married to a man who had no stable source of income, without receiving contracts to work, he would have no money. He had no dreams, no ambitions but I still stuck my head into the marriage because I was watching Telemundo and I wanted the kind of young love I saw there. I’m not saying it’s a bad thing to marry for love but I’m saying that next time, I am marrying where I know I would be financially secure and happy and I know if I’m being cheated on, the rich life would be my comfort.”