Meet Jessica Cox, the first licensed armless pilot who flies a plane with her legs 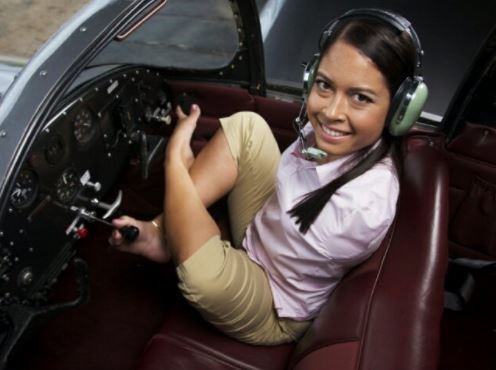 Jessica Cox is the world’s first licensed armless pilot, as well as the first armless black-belt holder in the American Taekwondo Association. She was born in Arizona without arms due to a rare birth defect.

Jessica Cox graduated from the University of Arizona in 2005 with a bachelor’s degree in psychology and a minor in communications.

Cox flew in a single engine airplane for the first time via Wright Flight in 2005. Cox earned her pilot’s certificate on October 10, 2008, after three years of training, and is qualified to fly a light-sport aircraft to altitudes of 10,000 feet. She received her flight training through an Able Flight scholarship and soloed under the instruction of Parrish Traweek.

At the age of 10, Cox began training in taekwondo at a school in her home town of Sierra Vista. A1 14, she earned her first black belt. While in college at the University of Arizona Cox restarted her taekwondo training at an American Taekwondo Association club on campus. In an effort to help future students without the use of arms the instructors created an entire training curriculum by modifying the standard material from the ATA. 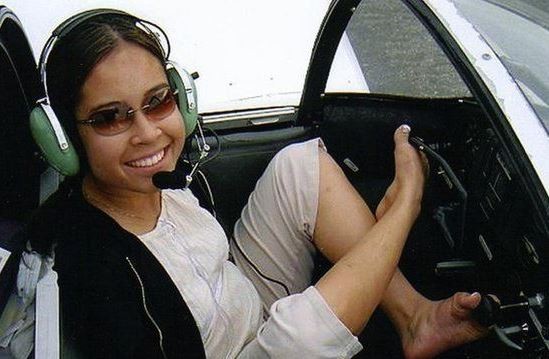 Cox has since gone on to earn her second and third degree black belts in the ATA. Cox has also earned the title of 2014 Arizona State Champion in forms. It should be noted that she did not compete in a special abilities ring.

Her Sport Pilot Certificate is for an ERCO 415-C Ercoupe which the Federal Aviation Administration has designated a light sport aircraft. Designed in the 1940s, the Ercoupe was built without rudder pedals. Instead, the rudder is interconnected with the ailerons through the yoke. This unique design allows Cox to control the airplane with one foot controlling the yoke while the other foot controls the throttle. 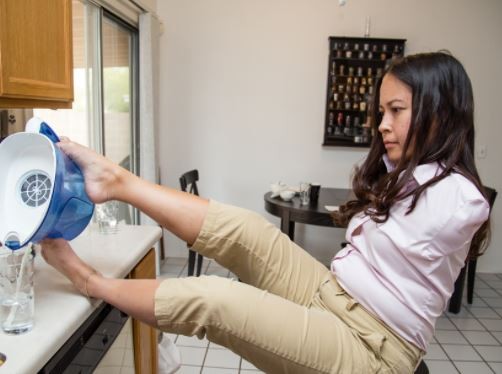