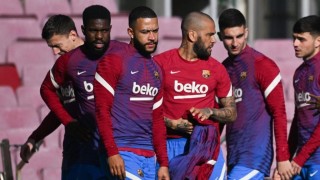 While his teammates achieved victory in Mallorca, Memphis Depay sparked controversy over his continuity at FC Barcelona. The striker made an edit to his Instagram profile, removed the main photo in which he was wearing the Blaugrana shirt and left in the description only the link to his website, where he had previously written that he was a Barcelona player. 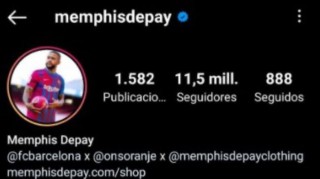 After this procedure, rumors began about the possibility of the Dutchman leaving Barcelona in this winter market. And in recent days, Memphis has been linked with teams like Juventus, as a potential bargaining chip for Alvaro Morata’s arrival at Camp Nou, who is now only short of signature.

Far from increasing rumors, Memphis returned to training on Monday with the group along with Ansu Fati and Pedri, after an injury left him out of action for more than a month. We will see if he will take part in the cup match against Linares, but the important opportunity will be this weekend in the league match against Granada.