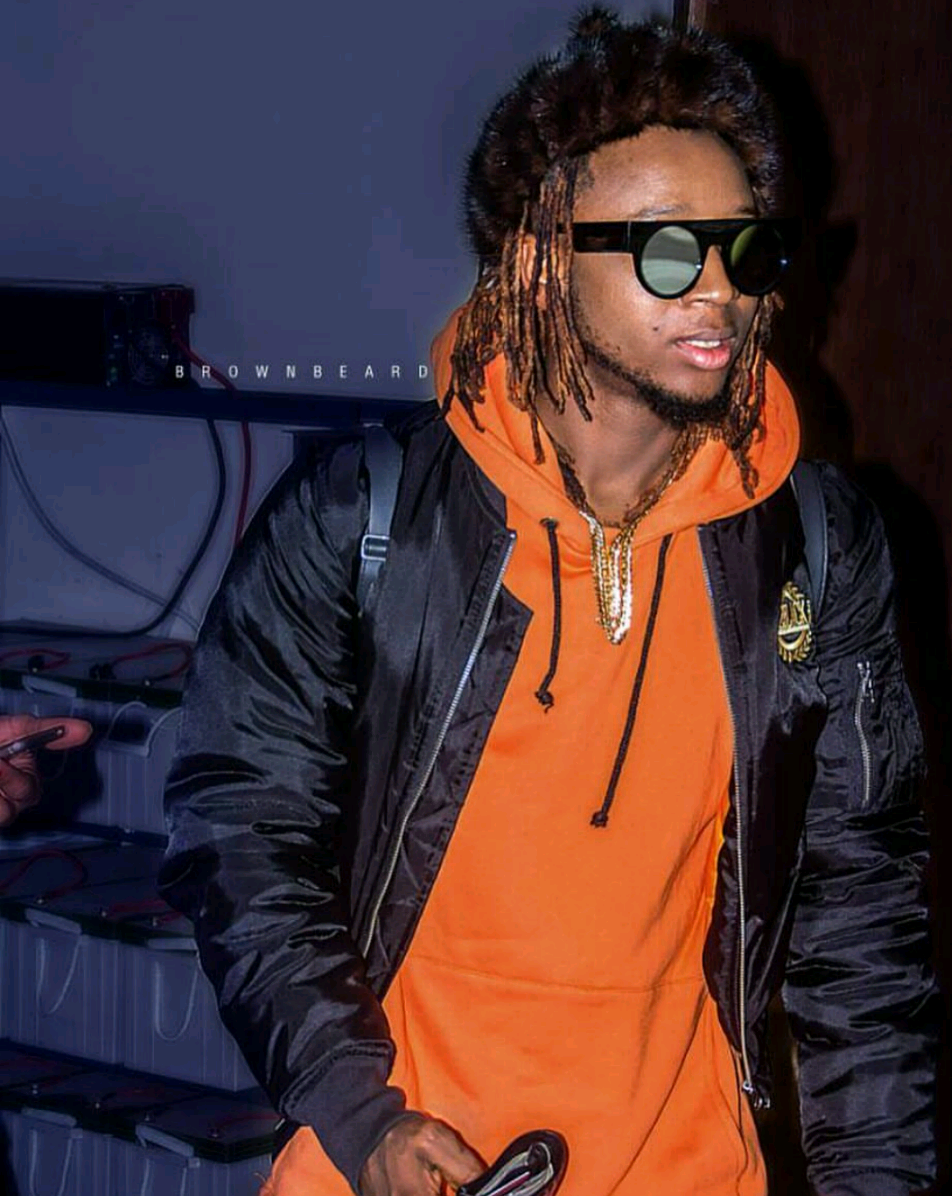 Nigerian rapper “yung6ix” took to his twitter page to reveal how a fan who took a selfie with him tried to rob him of his chains and phones worth millions of naira.

Below Is What The Rapper Wrote On His Twitter Page:

Yesterday a fan tried to rob me in UNN and it was a guy who took a selfie with me few minutes before he tried to rob me. Thank God for Warri orientation could have lost millions in chains and Phones. Might stop performing with jewelry for security reasons. 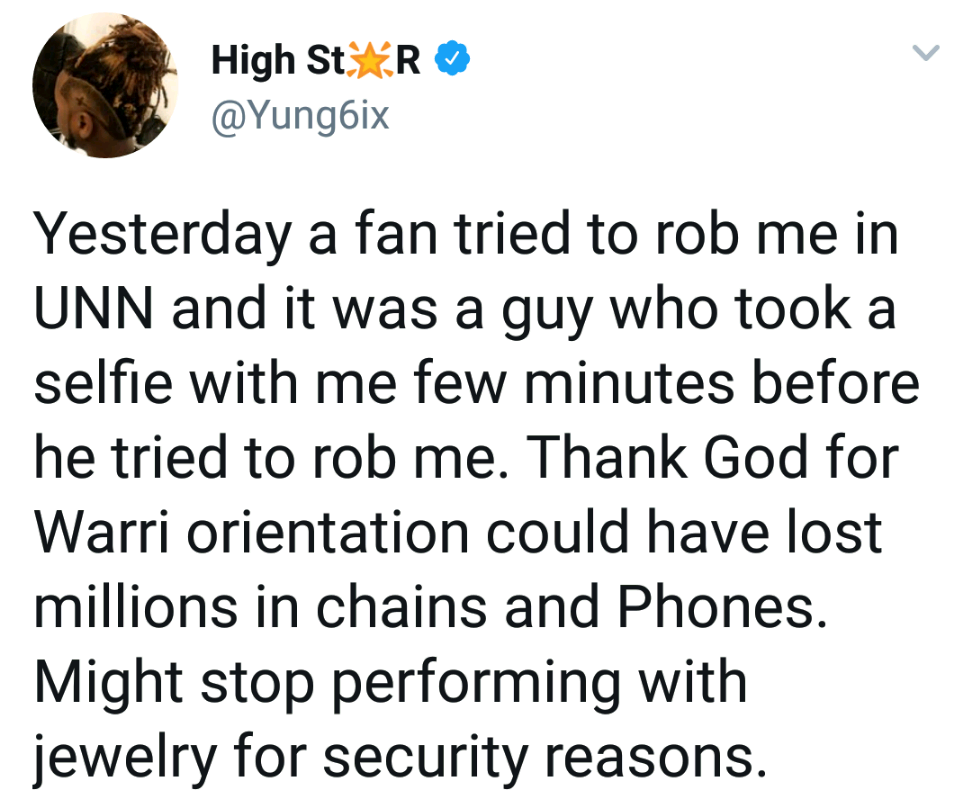