Super Eagles player, Mikel Obi’s girlfriend, Olga Diyachenko, clapped back at a follower who asked the Tianjin TEDA midfielder to come back home and marry a Nigerian woman. 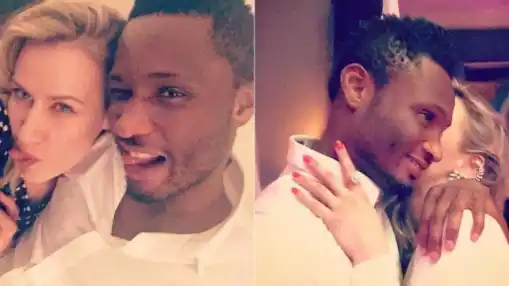 Olga, took to her Instagram page to share the photo below with an inspirational message for the coming New Year when the follower decided to poke his nose in her business. 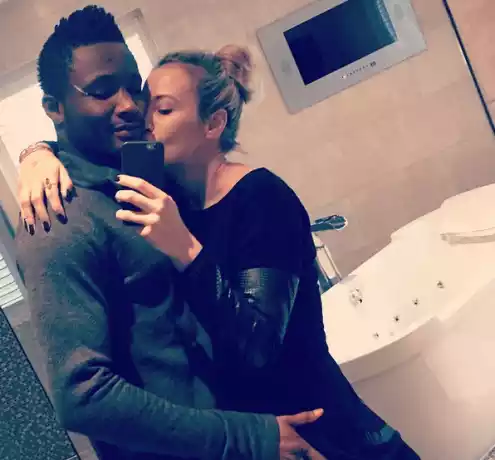 The fan took to Olga’s comment section under the post to beg Mikel to “come home and marry” so as to avoid the riches to rags fate that befell former Arsenal and Cote d’Ivoire right back, Emmanuel Eboue. 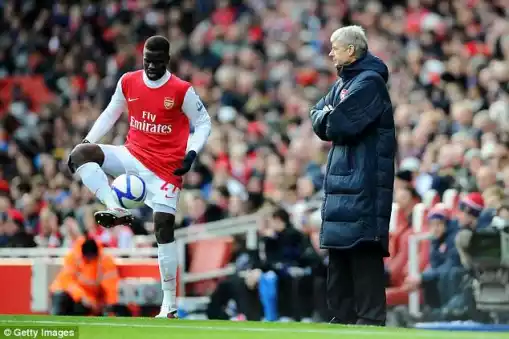 Recall, Emmanuel Eboue reportedly sleeps on the floor of a friend’s home, travels by bus, cleans his clothes by hand because he has no washing machine and even hides from cops and bailiffs in the United Kingdom after being ordered by a judge to transfer his remaining En-field home to his ‘white’ wife after she was awarded all of their assets following a divorce.
See the exchange between them. 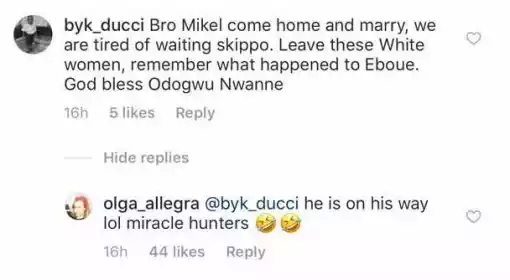