Congratulations are in order for a cute solider, Janet John, who got promoted this morning to a new rank in the Nigerian army.

The young lady and active social media user was given her new rank by her superiors at the Nigeria Army Intelligence School, Tego Barracks, Marine Beach, Apapa Lagos.

Janet John is well sought after by young and older men on social media where she has been uploading enchanting photos that appear too good for her occupation as a soldier. 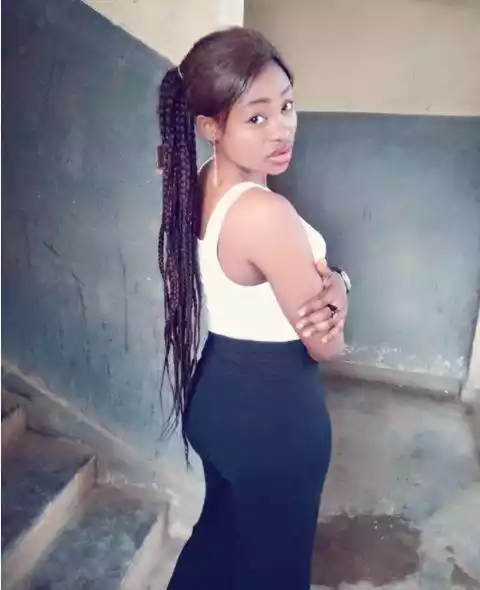 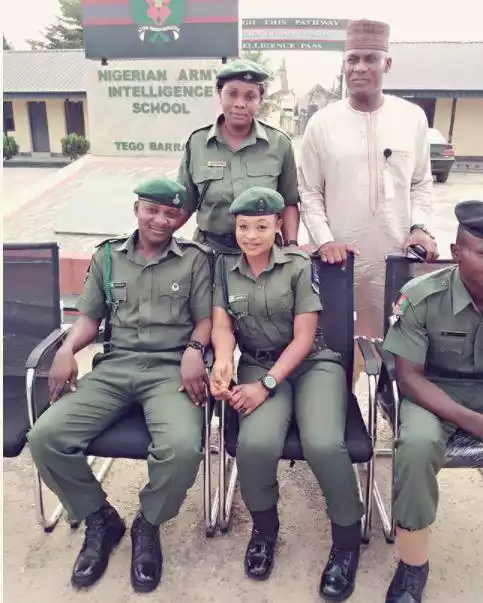 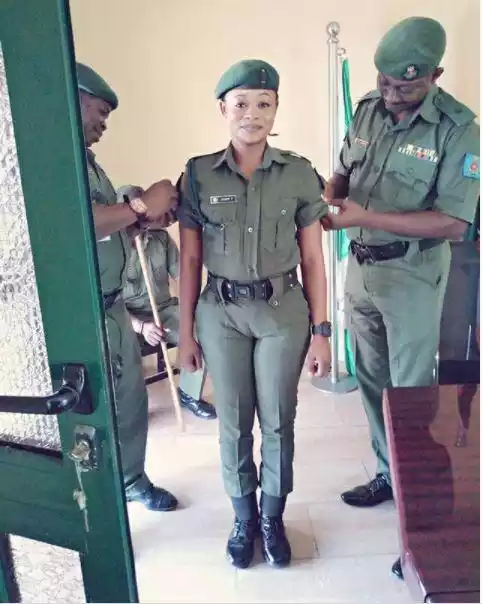 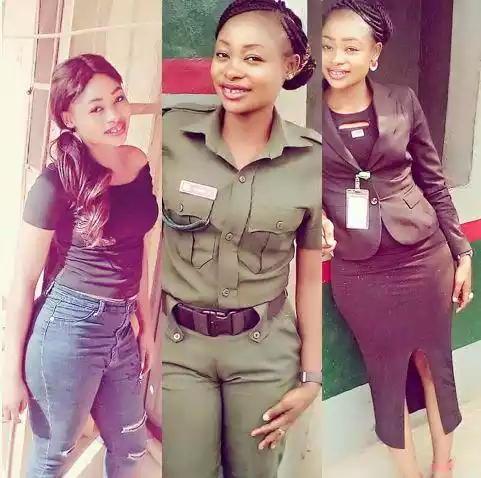