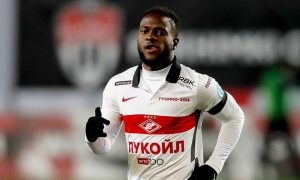 The Red and Whites declared about two weeks ago that the former Super Eagles winger did not link up with his teammates for pre-season training as expected.

There were reports in the media that Moses’ wife blocked him from travelling to link up with his teammates at their training base in Tarasovka.

Sparta Moscow has, however, debunked the reports stating that the versatile winger missed out for personal reasons.

The club confirmed Moses’ return on their official website on Tuesday.

“Victor Moses and Shamar Nicholson joined the team. The Nigerian missed the training camp in Tarasovka for personal reasons, and the Jamaican was granted leave after playing for the national team. In addition, Oston Urunov, who has returned from loan to Ufa, is training with the red-and-whites,” reads the statement.

Spartak will take on Zenit St Petersburg in the Russian Super Cup on Saturday.