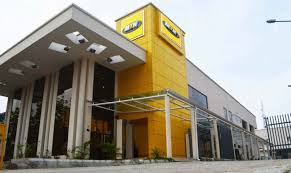 One of the Africa’s leading mobile-network operators, MTN Group Limited, said it returned to profit in 2017, recovering from a $1bn fine it paid for its Nigerian business.

The company in a statement on Monday said it was expected to report a profit for the 12 months ended December 31, 2017, Bloomberg reported.

According to the report, the result compares with a headline loss of 0.77 rand a share and a loss of 1.44 rand a share a year earlier.

The company promised to give more information once it had obtained more certainty on the profit range.

MTN is working its way through a tumultuous period triggered by the Nigerian penalty in October 2015, which led to the resignation of its chief executive officer and months of negotiations before it was eventually settled.

A fine of N1.3tn was imposed on the network provider by the Nigerian Communications Commission after it missed a deadline to disconnect 5.1 million unregistered lines amid a security threat in the country.

After several negotiations, the fine was reduced to N780bn in December 2015, and it was further reduced in June last year to N330bn, with its payment spread over three years.