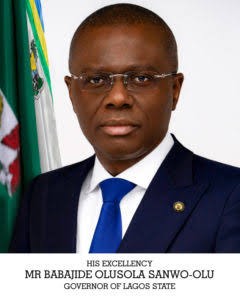 An Islamic human rights organisation, the Muslim Rights Concern (MURIC) has accused the Lagos State Ministry of Education of inserting Bible knowledge questions in the 2022 entrance examination for Lagos State public schools. The group alleged that the development gave Christian candidates an edge over their Muslim counterparts and put Muslim candidates at great disadvantage as they are certain to miss those questions.

This was disclosed in a press statement issued on Tuesday 2nd August, 2022 by the group’s director, Professor Ishaq Akintola.

“Our office has been inundated by reports of strange questions in a general paper set for the Lagos State Primary Six Placement Test Into JSS 1 in Lagos secondary schools held on Saturday, 23rd July, 2022. The reference number on the question paper was LSA/PT/2022.

“Although the paper was captioned English Studies/Verbal Reasoning/General Paper, specifically, questions 12 and 14 were straight from the Bible and only Christian candidates could have made head or tail of them. These two questions were designed for Muslims to fail.

The questions were designed to upset Muslim students and make them lose confidence in themselves thereby leading to confusion, frustration and ultimate failure. The caption of that paper should have been ‘Common Entrance in Lagos State…Muslims Come and Fail’.

“Question number 12 which is an objective, says, ‘Paul was born in a city called …Tarsus…Jerusalem…Jordan…Bethel. Candidates were expected to pick one of the four options. But how on earth is a Muslim candidate expected to know what to pick? Ditto for question number 14 which reads ‘The English Bible was translated into Yoruba language by …Pastor Joseph Ayo Babalola…Bishop Benson Idahosa…Pastor Enoch Adeboye … Bishop Ajayi Crowther.

“This is parochial, provocative and unacceptable. This is another proof of the Christianisation of the education sector in Lagos State. How can anyone defend this? It is scandalous. Who set these obnoxious questions? Who proofread and supervised the examination? Who approved the questions? It is clear that this is the handiwork of religious bigots, but then somebody is guilty of gross negligence. Heads must roll.

“We knew this was going to happen when all the six tutor generals in the state are Christians and the state government refused to listen to appeals from Muslims to stop its exclusivism. We had three Christians and three Muslims in the days of Asiwaju Bola Ahmed Tinubu and Raji Fashola. Muslims were removed under Ambode and the incumbent has refused to listen to complaints from the Muslim Community.

“The Muslim candidates have been put on a tight rope because the instruction on top of the question paper says ‘Attempt all questions’. This means that anyone who jumps those two biblical questions does so at his or her own risk. The questions have effectively caged the Muslim students and placed them between Scylla and Charybdis, the horrible six-headed monster in Greek mythology and its fearful whirlpool on the other side.

“Any government that treats its citizens like this cannot expect love and unity among them. Neither can such a government earn the respect and support of the section that it marginalises and treats like outcasts. This attitude does not engender love. Neither does it depict tolerance.

“Lagos Muslims pay tax like their Christian counterparts. Why then are they being relegated to third class citizens. The tax paid by them forms part of the state’s internally generated revenue which is used to pay staff of the Ministry of Education and its teachers, including those who drafted those two offensive questions.

“No attempt was made to balance the trend and thus mitigate the offence by adding two Islamic questions. The paper was therefore a direct assault on Islamdom. The authors are daring Muslim parents and other Muslims in Lagos State to do their worst.

“Therefore, we demand apology from the Ministry of Education. Furthermore, we demand an investigation into circumstances surrounding the inclusion of such sectional, insensitive, repugnant and religiously volatile questions in a general paper.”