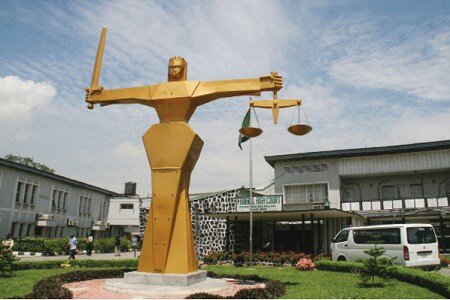 A Mapo Customary Court in Ibadan on Tuesday dissolved a six-years marriage between one Atinuke Oluwadamilare and her husband, Ibitoye, over childlessness and constant battery.

The court’s president, Chief Ademola Odunade, held that the court had no other option than to dissolve the union since the petitioner had refused to be pacified.

“In the interest of peaceful living, the union between Atinuke and Ibitoye has ceased to be.

“Ibitoye is advised to refund all outstanding debt to Atinuke and must allow her to move her property from his house,” he said.

Earlier, Atinuke had informed the court that her husband lacked any milk of human kindness as he frequently subjected her to battery that had caused her injury.

“My lord, if I had known that my marital journey with Ibitoye would be filled with storms, I would have retracted my steps.

“No sooner had I moved into Ibitoye’s home as a wife that he started unleashing battery on me.

“This was to the extent that he did not take care of my physical, emotional and material needs.

“Most of the time, Ibitoye would lock up the door and beat me until he was satisfied if I dared query why he did not come home early.

“In fact, I have become a night watch in our house because he was only returning home in the dead of the night; midnight or 1 a.m., drunk.

“Not minding that I was always opening the gate for him; he was always beating me, thereby exposing me to psychological torture.’’

Atinuke also accused Ibitoye of not spending time with her at home.

She said that he was fond of going to his friends at the University of Ibadan to lavish his earnings on drinking.

She accused Ibitoye of not doing anything about their childlessness for six good years.

“Ibitoye had also plunged me into a huge debt due to the fact that he was not repaying the series of loans I had borrowed for him.

“I used my influence as a banker on different occasions to obtain loans for him, which he kept squandering without repaying.

“My lord; it is not by force, I can’t continue to stay in hopelessness after six years,” Atinuke said.

The respondent, Ibitoye, in his response denied all the allegations levelled against him by his wife.

He also opposed the dissolution of the marriage.

Ibitoye, a businessman, explained that he usually stocked the home with more than enough food for the family’s consumption.

“I have told Atinuke not to bother herself about the issue of childlessness because God is the giver of children.

“Though, I am still owing Atinuke over N200,000, but the matter is not exactly as she had painted it.

“She is merely making up issues out of nothing,”Ibitoye told the court but was silent on the accusation of frequent battery.