My manhood is to be cutoff. 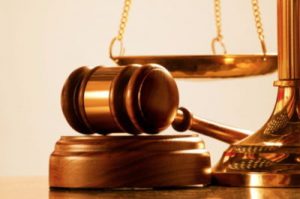 A commercial driver, Laisi Ajibade, on Wednesday asked an Ado-Ekiti Customary Court to dissolve his 22-year-old marriage over threats by his wife, Folake, to cut off his manhood.

According to him, Folake almost cut off his manhood when they went to bed on Nov. 7, 2017.

“She threatens to kill me whenever we have any misunderstanding; I am scared of living under the same roof with her,” he stated.

‎Ajibade told the court that he did not formally contract the marriage that was already blessed with four children.

“My Lord, my wife is not a trustworthy person; she deserted me for months and went to build her own house without my knowledge and consent,” he further claimed.

Ajibade, who said that he deliberately refused to send Folake out of his house because the matter was already in court, appealed that the union be dissolved and the custody of the four children awarded to him.

The President of the Court, Mrs. Olayinka Akomolede, after hearing the petitioner’s testimony, adjourned the case to Feb. 8, for further hearing.