NDLEA Seizes Over N600M Worth Of Drugs At Port Harcourt Airport 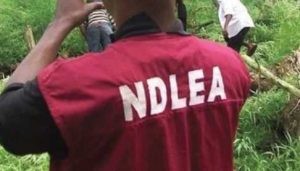 The NDLEA commander disclosed that 37.6 Kilogram of Cocaine worth about N680 million have been intercepted within the period and five suspects were arrested.

Illicit drugs worth over N600 million have been seized by the National Drug Law Enforcement Agency (NDLEA) at the Port Harcourt International Airport, Rivers State.

NDLEA Commander at the Airport Command, Isaac Aloye, disclosed this on Tuesday while briefing Channels Television on the activities of the Command in the past four months in line with the International Day Against Drug Abuse which was marked on June 26.

According to him, 37.6 Kilogram of Cocaine worth about N680 million have been intercepted within the period and five suspects were arrested.

Aloye stated that some of the suspects were returnees from Brazil who concealed the drugs in tyres of lawn mowers, duvets, and cosmetics bottles to beat their checks.

“Substantial parts of these drugs are even meant for local consumption and circulation within Rivers State here. You know the kind of massive impact it will have in the minds of our citizens,” he said.

“From our own arrest here, we didn’t just pick these people. Immediately they arrive, we try to debrief them. We try to find out who and who are waiting for them to pick them up from the airport.

“What happened in the last couple of months is that they are looking at this airport as an easy way out.”

He vowed that the Port Harcourt International Airport will no longer be an easy way out for drug traffickers no matter their antics.

This is even as he warned that his men have become more meticulous in their operations and are also conducting massive sensitisation in schools and churches to dissuade the youths from getting involved in drug trafficking and abuse.