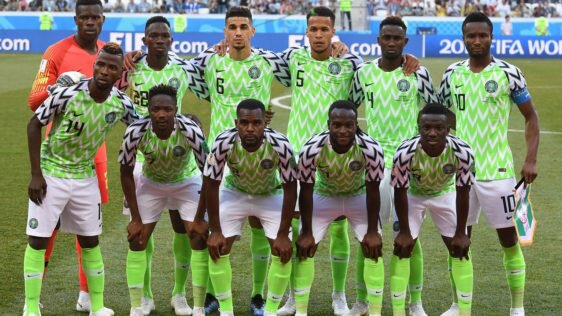 It was a rare occasion for inmates of the Kirikiri Medium Prison, Apapa to relax and compete for bragging rights on Saturday when their minders gave them the freedom to express their talents. Tagged, ‘Medium Prison Sports Competition,’ the competition held at the prison’s football pitch was won by Convicted Males (CM).

An inmate simply identified as Ifeanyi was adjudged the most valuable player, while Abbey won the best goalkeeper’s prize, with another inmate identified as Sharpe 2 taking the highest goal scorer’s award.Speaking at the occasion, an elated Deputy Controller of Prisons, Medium Security, DCP Emmanuel Oluwaniyi, said the presence of journalists at the event would help to highlight the happenings in the prison to the world.

“This is just a new starting point for these inmates. This is the first time the competition is showcased to the world to correct the wrong impression of what happens behind the wall. “I believe with the coverage of the competition, a lot of people will now have a change of opinion on what prison is all about. Subsequently, we hope to get the Nigeria Football Federation (NFF) involved in the next edition of the football event because I believe there are talents here,” he said.

The coordinator of the event, Chaplain Darlington Ajitemisan spoke on the inmates’ lives after prison, saying his experience as an ex-convict motivated him to organise the championship for them. “I have been to so many prisons around the world as an inmate due to many offences I committed. There was a day that I told God that if he could set me free from the prison I would take part in the rehabilitation of prisoners around the world in my little way.

“My conclusion is that there is still life for these inmates after prison. For this competition, a non-governmental organisation took them on training programmes to keep them in proper shape. “Some of the things that these inmates learnt are fishing, farming, how to make paints, soap, germicide and so many things. You will be wowed with some of their products, which can compete with any in the market. Everything here is a demonstration that something good can come out of the prison,” he stated.