Croatia striker, Mario Mandzukic, has admitted that he was shocked that a penalty was awarded against Nigeria, in their 2-0 win last Saturday.

Super Eagles’ defender, William Troost-Ekong, was adjuged to have fouled Manzukic inside the box.

Luka Modric stepped up and sent Francis Uzoho the wrong way to make it 2-0, after Oghenekaro Etebo’s own goal had given them a first half lead.

Speaking to Croatia television, Mandzukic said the decision came to him as a surprise.

“Some calls when you don’t get them you have to understand and this was one of such. I wouldn’t have complained if it wasn’t given but it was the right call and well spotted by the referee.

“Most of my teammates, myself inclusive thought the incident wasn’t seen by the referee. We were shock when he awarded it and it was the right call. I’m glad we took advantage of it and scored,” the Juventus man said. 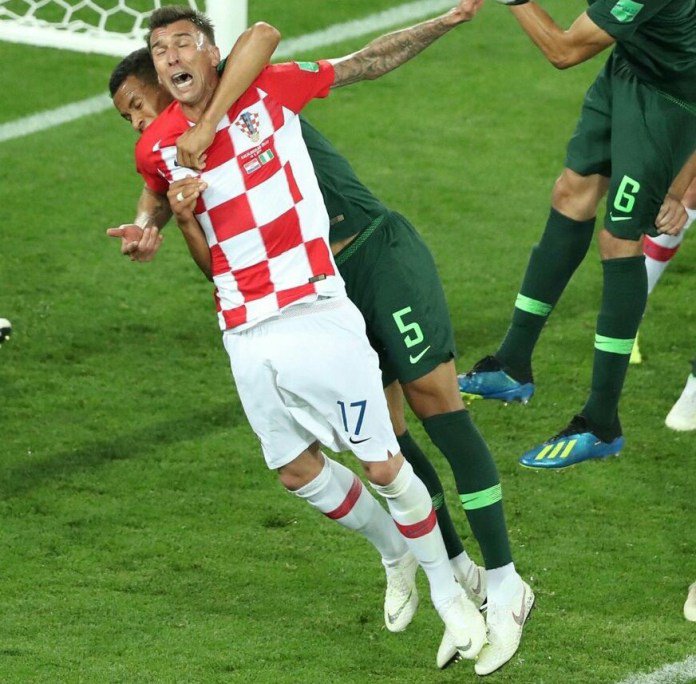