After leading notable African legends in a charity game for internally displaced person against Nigeria Professional Football League (NPFL), side Kano Pillars, Arsenal legend Kanu Nwankwo hailed the organizers of the game, which was coded Match-4-IDPs.

Kanu who is well known for spearheading charity and volunteering courses around the world remarked that the Match-4-IDPs is an exceptional development and one of its kinds in Nigeria considering the extent of damage the crises and unrest in Nigeria has done, especially in the north.

The former Super Eagles captain was present during the press conference and planning of the match alongside El-Hadji Diouf, and was also joined by Daniel Amokachi, Mutiu Adepoju, Garba Lawal, Patrick Pascal, Benjamin Nwaneri, Fabian McCarty, Manu Garba and a host of other African football top shots in the match which ended 2-1 in favour of Kano Pillars at the Sani Abacha stadium, Kano. 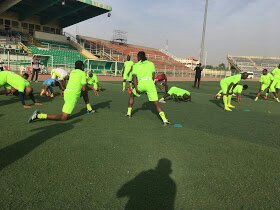 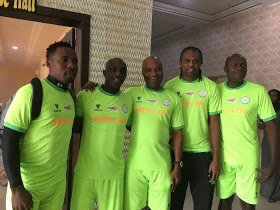 Chairman of the Match-4-IDPs Local Organising Committee, Abi Goodman, reiterated that funds accrued from this programme will be channeled towards alleviating the suffering of IDPs, who are victims of the Boko Haram insurgency and other related terrorist attacks.