Nigerian Footballers And Their Wives/Girlfriends (Photos)

Nigerian Footballers And Their Wives/Girlfriends (Photos)

Football girlfriend babes are often as worthy of attention as their boyfriends, so we have prepared this exciting list of the Nigerian footballers and their girlfriends & and lovely wives!

SEE PICTURES DOWN BELOW:

1. John Obi Mikel wife; Known under the name of Olga Allegra, Mikel Obi’s lawful partner gave the footballer the wonderful gift of being a father to twins. Olga is the daughter to a Russian billionaire and she is well-known for her cooking skills.
Needless to say that Mikel Obi wedding was posh and extravagant! 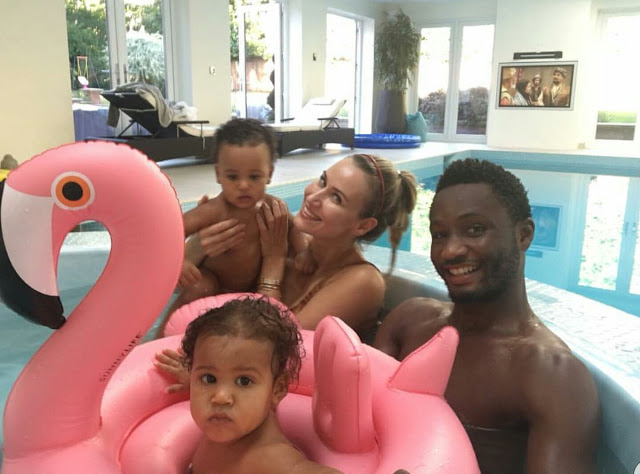 Nigerian ex-footballer, Austin JayJay Okocha married the lovely Nkechi in 2007.
Nkechi Okocha wedding was wonderful and the couple had a girl and a boy — Daniella Okocha and A-Jay Okocha. Kenneth Omeruo, a Kasimpasa defender, has finally found the courage to propose to his girlfriend, Chioma Nnamani. Nnamani had no idea the footballer was going to do that, so the whole thing was extremely romantic, with the star going on one knee. Chelsea wingback, Victor Moses dared to tie the knot with Josephine in about 24 hours after Chelsea’s 1-2 loss to Arsenal in the FA Cup final. Josephine is the mother of Victor’s kids Bentley and Nyah, so Victor Moses family is now complete! Check out these Victor Moses and wife shots from their wedding in London:

It seems that Obafemi Martins and Abigail Barwuah, Mario Balloteli’s sister, got secretly married. Abigail calls herself Mrs Martins on social media now. The couple dated since 2012 and the rumor has it, she had two miscarriages. Amarachi Nwankwo is the lawful wife of the ex-Arsenal player Kanu Nwankwo. Kanu was very young when she married the player who is ten years older than her. This is what she says about it: It wasn’t scary at all; I was madly in love so I am very happy about that decision and I have never regretted it

The player has been married for 7 years and he does not like to make his family business public. “I am happily married with three kids but I just don’t like the idea of bragging with my family on social media. This could be the reason people often think I’m a bachelor,” Ighalo says.

GUYS LETS ALL COMMENT TO KNOW WHOSE WIFE IS THE KILLER MACHINE….