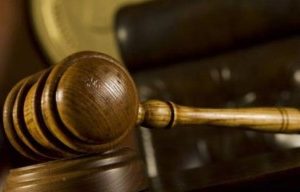 A Federal High Court sitting in Lagos has given an order restraining Nigerian Police or any of its officials from dabbling into the subject matter of a suit already pending before the same court involving a popular multi-level marketing company, Edmark Direct Marketing Limited.

The order was given by Justice D. E. Osiagor on Monday after listening to arguments from human rights lawyer and Senior Advocate of Nigeria, Ebun-Olu Adegboruwa, who represented the Legal Secretary of Edmark and the expatriate members of staff of the company.

In the affidavit filed in support of the application deposed to by Mr. Donald Anih, he narrated the history of Edmark health living products and the efforts of its founder and visioner, which has gained acceptance all over the world.

He stated further that Mr. Etim Maurice Anthony had filed a Petition before the Federal High Court on May 18, 2022, as a minority shareholder, upon which certain ex-parte orders were granted in his favour on May 24, 2022, by Honourable Justice C. Aneke.

The Edmark Group challenged the said orders on the ground that Mr. Etim Maurice Anthony misled the court and also concealed material facts, such as that at the time of obtaining the orders, he was indebted to the company to the tune of about N25m which loan he had not paid back.

Another ground for challenging the ex-parte orders was that a minority shareholder with unpaid 5 percent share capital is not competent to obtain orders to appoint receiver/manager over the majority shareholders of a company to which he is indebted. This, it was noted led to a situation whereby a debtor to a company was able to move the court to seal up and freeze the bank accounts of his creditor, thus paralysing the business and operations of the said company, including rendering over 200,000 distributors nationwide jobless, in the present harsh economy.

On July 6, 2022, Mr. Ebun-Olu Adegboruwa urged Justice C. Aneke to discharge the ex-parte orders, in that their subsistence will ruin the lives of many Nigerians and indeed their dependents. He stated that the company had not been able to pay the salaries of its workers and it had consignments to be cleared at the port with goods worth over $500,000:00 and they have expiry dates approved by NAFDAC.

The ruling of Justice Aneke is being awaited.

Whilst the substantive petition is still pending before Aneke J, Mr. Etim Maurice Anthony was said to have invaded the premises of the Edmark Group to threaten the expatriate members of staff on July 1, 2022, whilst he also wrote a petition to the Assistant Inspector-General of Police, Zone 2, Lagos, alleging that his signatures were forged.

On July 18, 2022, the Nigeria Police Force, through its forensic department released the report of its forensic expert, indicating that the signatures being disputed were not forged and they were all signed by Mr. Etim Maurice Anthony, who thereafter still approached the police for a fresh investigation into the same allegation that had been probed and dismissed. Mr. Ani stated further in his affidavit that the same issue of alleged forgery of signatures was already pending before Justice Aneke for determination and thus the police should not seek to undermine the authority of the court.

Justice Osiagor restrained the police whether by themselves, their servants or agents from taking any action in compelling the Applicants, either by arrest and/or detention, to attend the scheduled meeting of 26th July 2022 or any other meeting subsequently convened by the police in respect of the operations, management and control of Edmark Direct Marketing Limited pending the hearing and final determination of the Motion on Notice for interim injunction filed on 25th July 2022.

The judge adjourned the case to August 3, 2022, for hearing of the Motion on Notice.