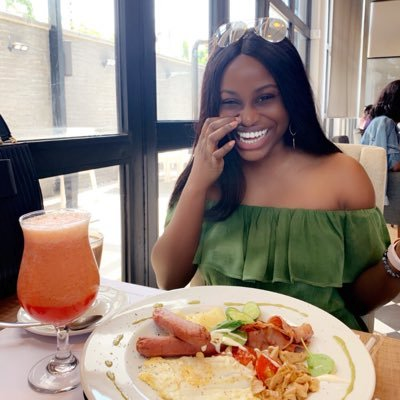 A married woman has been given a sad shock by her husband after he came out as gay.

A Nigerian woman has been given the shock of her life after her husband revealed to her that he’s gay.   The woman’s friend with the Twitter handle, @Adacampbell shared the story on her social media page.

“So, a friend of mine informed me that her husband has just come out of the closet. He loves her, he doesn’t want a divorce, he just wants her to know that he’s attracted to men too. She’s asking me whether to stay or leave?  I told her I’ll ask Twitter.” 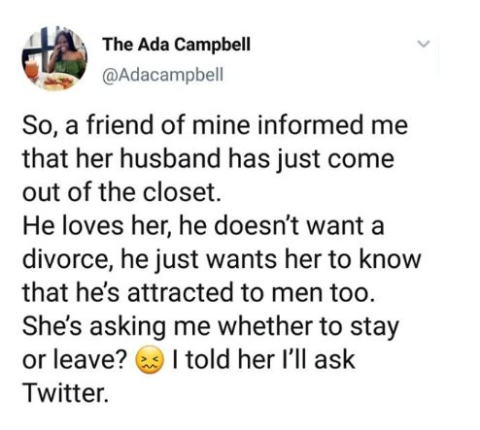