Mr. Okon Obla, Special Assistant to President on Prosecution and Chairman of Special Investigative panel on Recovery of public property has been in the eye of the storm lately. For days, he has been trending on various social media for the wrong reasons, as many Nigerians are calling for his sack, especially on Twitter with the Hashtag “OblaMustGo”.

Obla has been enmeshed in huge corruption scandals as Head of Presidential Panel on Recovery of Public Property. He has been facing several allegations of corruption ranging from gross abuse of office, bribery, and extortion. Many observers are worried that Obla has turned the whole panel into a money spinning venture with negative consequences on President Buhari’s anti corruption campaign.

However, this won’t be the first time Mr. Obla will be caught in the web of controversy.

It will be recalled that he was earlier suspended by the Attorney General of the Federation (AGF) after his tacit defence of the Maina recall saga on national television. Abdulrasheed Maina was indicted by the Senate for embezzling 100 billion naira as Pensions Task Force boss and allegedly ran away from the country in order to evade a warrant of arrest issued by a Federal High Court. In 2017, He reappeared in the country and was reabsorbed into the Federal Civil service as director. A leading online News platform blew the lid on Maina’s recall resulting in huge public outcry and the Presidency was forced to act. President Buhari denied knowledge of Maina’s recall and promptly ordered his dismissal from Federal Civil Service. But surprisingly, Mr. Okon Obla, a Presidential Aide quickly sprung to Maina’s defence. He appeared on Channels Television and argued vehemently that Nigerians have no right to criticize or interrogate Maina on the scandal.

This was quite shocking coming from a Presidential aide whose duty it is to counsel the President on prosecution and corruption matters. The diversion of billions of pension funds are weighty allegations that should be followed with diligent investigation and prosecution but Mr. Obla chose to hold brief for Maina on air, confirming speculations in many quarters that he is an accomplice in the whole Maina saga.

Consequently, Mr Obla was suspended as Head of Presidential Panel on Recovery of public property. His suspension was conveyed in a letter dated November 1 with ref no. HAGF/SH/2017/VOL/1/60. The letter partly reads “…Vice President Yemi Osinbajo has observed that the activities of the panel run counter to its terms of reference. The activities of the panel contravened established administrative procedures and protocols in the civil service structure”.

Faced with the suspension order, Mr Obla reportedly approached a close ally of the President who hails from Katsina State to plead on his behalf so that the suspension order could be lifted. A source familiar with the matter revealed that Mr. Obla is yet to receive a letter of reinstatement but he has been going about creating the false impression that Mr President has pardoned and recalled him. The source insists that he launched series of media trials on corruption to woo the President and restore his confidence in him.

The latest of such reported twisting and turning is the institution of charges of non declaration of assets against Tijjani Tumsah and Ibrahim Tumsah at a Federal High Court instead of a Code of Conduct Tribunal vested with the appropriate jurisdiction for such matters. It was reported that Mr. Obla showed up at the court hearings with a retinue of print and electronic journalists, and could be seen coordinating the activities of the journalists before and after the hearings with such efforts that it would suggest that the main event for him was not the trial itself but the media coverage of it. 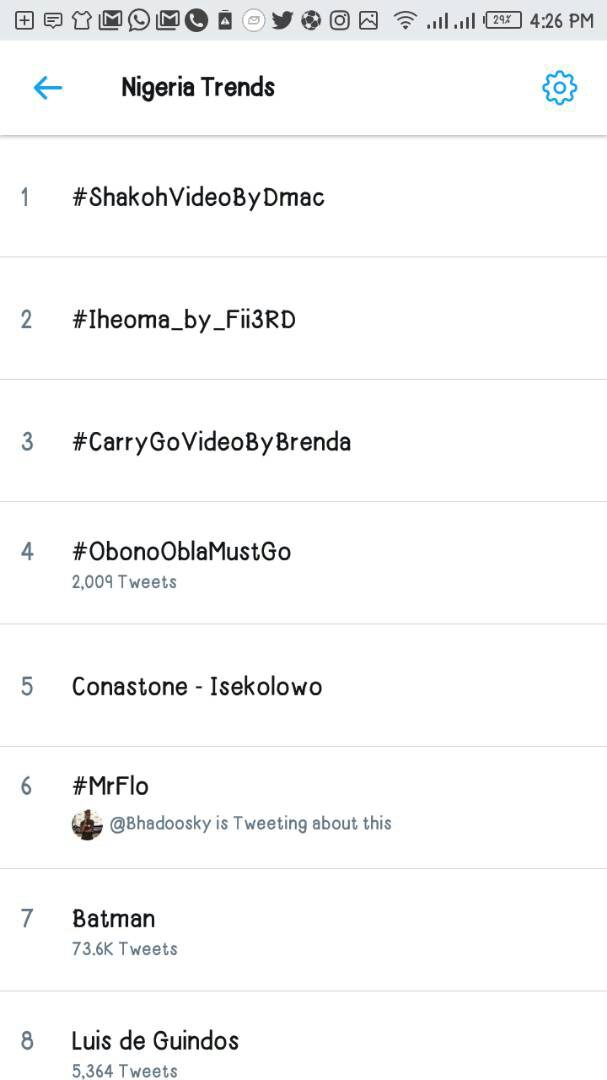