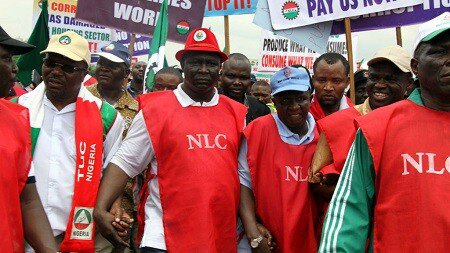 Garba gave the warning in an interview with the News Agency of Nigeria (NAN) in Gombe on Thursday.

“Majority of governors that fail to implement the minimum wage may not come back for their second term. Instead they will be voted out of office, because of lack of political will.

“Many governorship aspirants are willing to implement the minimum wage if given the chance in their various states, ‘’ the NLC chieftain said.

He said that the state council of NLC would not compromise its resolve to ensure compliance with the directives of the National Secretariat on the strike, to press for a new national minimum wage for workers in the state.

“All affiliates of NLC have been directed to comply fully with the nationwide strike. We have mobilised our members to ensure total compliance,’’ Garba said.