No Amount Of Money Will Make Me Do Er*tic Films – Actress, Ibiwari Etuk Declares 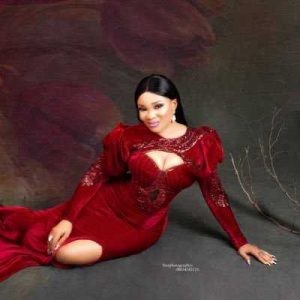 In a chat with Saturday Sun, the talented role interpreter admitted that only n*dity can limit the full display of her acting skills.

Ibiwari Gift Anietie Etuk, the Nollywood actress also known as Ibiwari Etuk, has revealed that p*rnographic or explicit er*tic films are no go areas for her.

In a chat with Saturday Sun, the talented role interpreter admitted that only n*dity can limit the full display of her acting skills.

However, in terms of high and low moments, Ibiwari Etuk stated that there were times she wasn’t expected to deliver a character spontaneously on set, “because of late script delivery or working with a director who didn’t know my capability or hasn’t seen my work. At the end of the day, I am able to diffuse all doubts.”

The Akwa Ibom State-born Computer Science graduate from University of Uyo revealed that she is still waiting on God for her man to do the needful.

“As a beautiful actress, I know I’ll be getting married soon. My wedding bells will definitely ring but in God’s time,” she disclosed.

On actresses who are fond of bringing their private matters to the public space, Ibiwari noted that she is not against such move, but that’s not her kind of lifestyle.

“It is a personal decision to express ones feeling. It could also be for validation, probably for better understanding if and when misunderstood. As for me, depending on the circumstances, I don’t think I will except it’s a life threatening situation or it will help save a life.”